Just a quick update for Samsung device owners who, like me, found that the LastPass app fill was unable to fill any passwords after the very exciting 3.2 update. The latest version 3.2.3, which just popped up on the Play Store, specifically addresses this bug:

Fix app fill on Samsung devices. Please contact our support staff if you still have issues.

I've confirmed that the fix indeed works by successfully logging into both the Amazon app and the Amazon site in Chrome Beta on my Note 3: 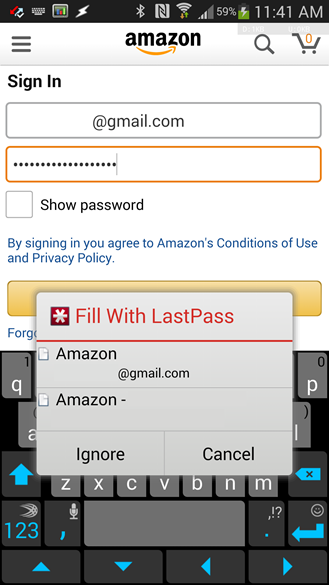 Unfortunately, the Nexus 5 Chrome fill is still plagued with another bug that prevents it from working completely and results in very odd behavior. I'm hoping this one is on their TODO list next:

Update: Looks like this is a compatibility issue with EverClip, which I've just reported to its developer. 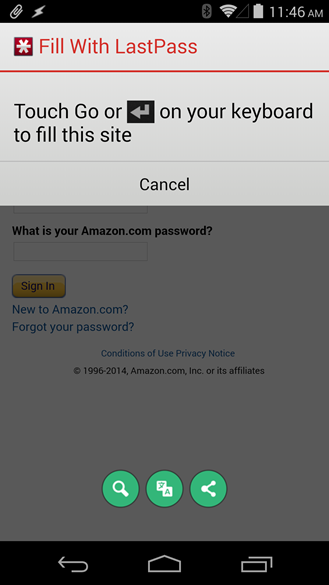 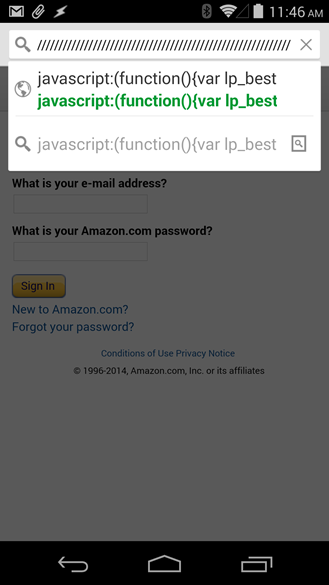 LastPass refuses to work in Chrome Beta on a Nexus 5