Google will provide the definition for any word it knows, as long as you ask nicely (just typing "define" usually gets the job done). For anyone who doesn't get what I mean, here's an example. 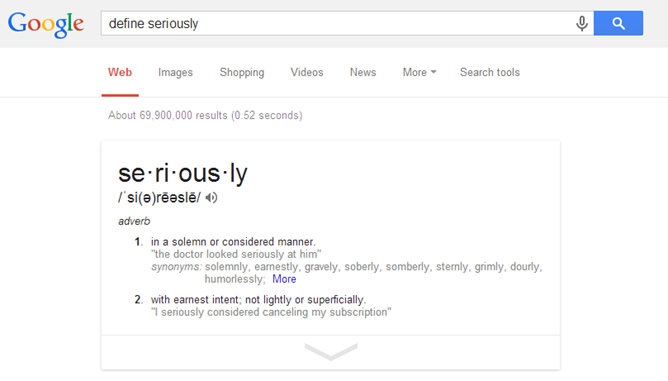 As an English speaker, this functionality is just something I take for granted. But like everything else, it takes time to expand this out to other languages. Now Google's drawn attention to the feature's availability in Spanish. If you use Google with Spanish settings, asking it nicely (ahem, typing "define") and following up with the desired word will yield the following.

In the past, searching for a word returned an excerpt from Wikipedia. Now Google provides an interactive widget that contains more detailed information and the ability to translate the word into another language.

Here's how it looks on a mobile device. Note, voice searching is also supported.

I use this feature on a daily basis, and I'm happy to see it spread. For extra details, including some in Spanish, hit up the source links below.

Sony Xperia M Gets An Update To Android 4.3

AT&T Starts Rolling Out Android 4.4.2 Update For HTC One Mini