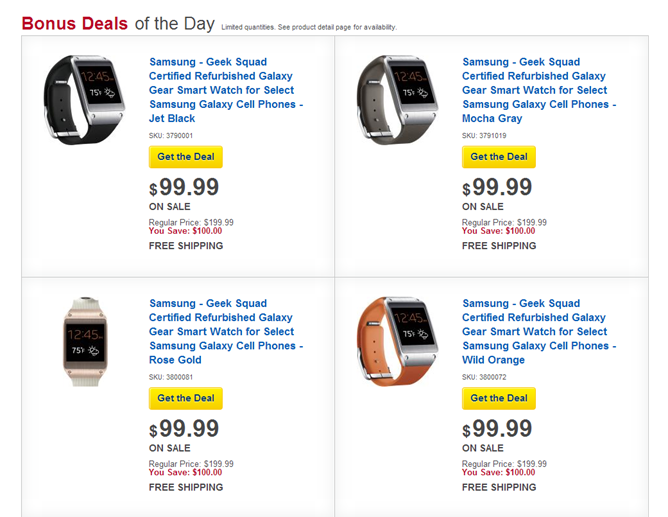 There's a decent chance that many of these refurbished models are essentially new watches that people returned not long after opening. Despite what the screenshot above says, you won't be able to have one shipped to your doorstep - though it looks like store pickup is available. If price has been the only thing holding you back from picking up a Galaxy Gear, today's the day to get one before it's gone.

AT&T Starts Rolling Out Android 4.4.2 Update For HTC One Mini