The Dot View case is HTC's answer to the various windowed cases from Samsung and LG, and you have to give them points for creativity. The front cover is punched with holes - just big enough to see through, not enough to expose the screen to damage. (We hope.) It will cost $49.99, and it's already on the HTC store in five different colors, though you can't buy one yet. 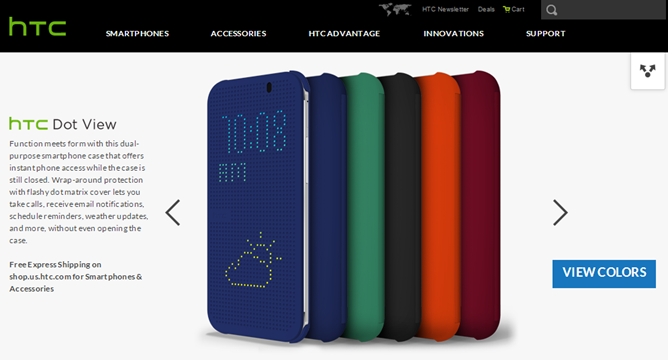 The Lite-Brite style case allows the phone to show a dot matrix-style display for different functions like the time, weather, and phone calls. The M8's gesture recognition should allow users to interact with apps, at least enough to answer or reject calls and similar. There aren't any electronic components in the case itself - the One M8 is probably just detecting it via the standard "smart cover" magnetic sensor.

HTC's retail partners will probably be stocking the Dot View case, so if you're picking up a Verizon model later today, keep your eyes peeled for one.