More than a year after NVIDIA revealed its SHIELD hardware, the company has maintained its commitment to keeping the platform updated and supported. The company has added huge chunks of new features to its Android gaming machine at long intervals, and the upcoming KitKat release will be no exception. In addition to Android 4.4, the software package will take GameStream out of beta, expand console mode, add support for streaming from any network, and a whole lot more. 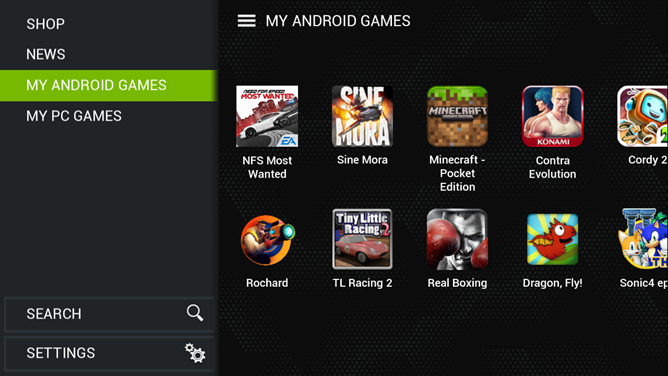 SHIELD will run Android 4.4.2 with the new update. That probably won't change the core experience of such a targeted device, but it will give users access to new features like the Android Runtime, and it should ensure better compatibility with newer games and apps. NVIDIA would also like to point out that there are now over 330 Android games that support SHIELD's controls, and over 100 PC games that integrate with the GameStream service, assuming you have compatible NVIDIA PC hardware. 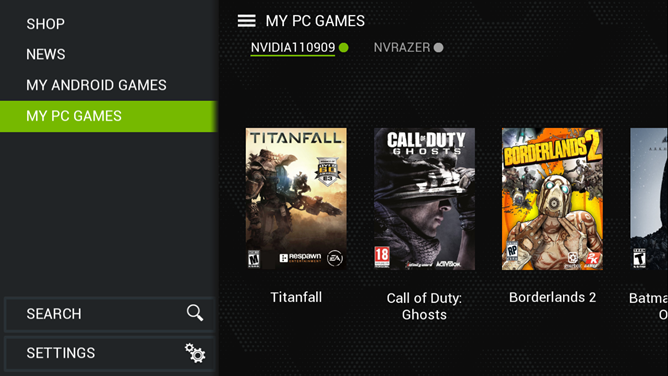 Speaking of GameStream: it's coming out of beta. That means that NVIDIA is confident enough to boost the maximum framerate of streamed games to 60fps, and users will be able to output to a full 1080p using the built-in HDMI port. Hardware compatibility is expanding to gaming notebooks, though they'll need to be both high-end and recent, since it only works with GTX 600M, 700M, and 800M mobile GPUs. Streaming games in console mode (with your SHIELD plugged into your television) will support Bluetooth mice and keyboard for PC-style controls, plus USB-Y cables for Ethernet access and charging at the same time. You'll also be able to pair multiple gaming PCs to your SHIELD. Advanced settings will let users manually set frames per second and bitrate to better serve their connection. 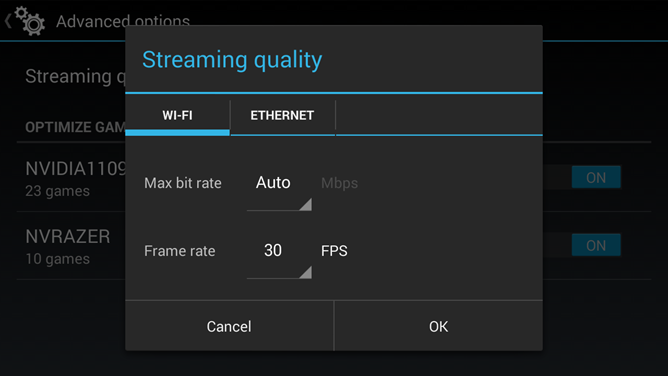 But the biggest addition to GameStream is the ability to play your home PC games on any network. The restriction to your home LAN was one of the biggest issues we had with the initial beta release of GameStream, so it's good to see that resolved. NVIDIA requires a solid WiFi connection and at least 5Mbps up and down. For easy access on the road, you can wake your PC and log into it remotely. 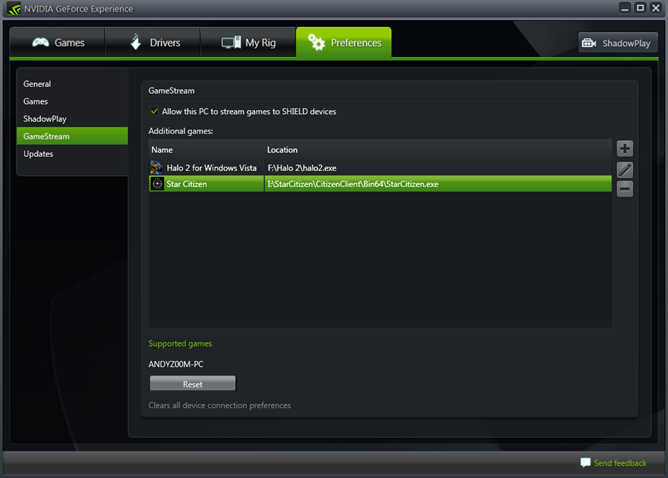 Using non-supported PC games on GameStream should also get easier, or at least more flexible, because an update to the GeForce Experience PC app will let you manually add games (or even regular Windows programs) to GameStream. Whether or not that results in a good experience will largely depend on the game - good controller support will make it easier to play the game on SHIELD.

NVIDIA has also redesigned the TegraZone app with a visual refresh and a news feed, and the Gamepad Mapper is getting a usability overhaul. Users will be able to access the control mapping app via holding down the central power button or the Start button.

All this is scheduled to hit SHIELD owners on April 2nd. Oh, and one more thing: the SHIELD is on sale from now until the end of April for just $199. If you're a dedicated Android gamer, that's a steal, especially if you have the NVIDIA PC hardware to support streaming games. It's safe to say that NVIDIA is dedicated to supporting its Android gaming platform for the foreseeable future.

AT&T HTC One Mini Sense 5.5 And Android 4.4.2 OTA Update To Hit Devices By The End Of The Week