Lurking on Motorola's Moto 360 product page was an image you weren't meant to see. Hidden from view, was a promo graphic showing the selection of watch bands. It was later removed from the page completely. Only metal and a light brown leather band were announced last week, but this image shows seven leather straps. 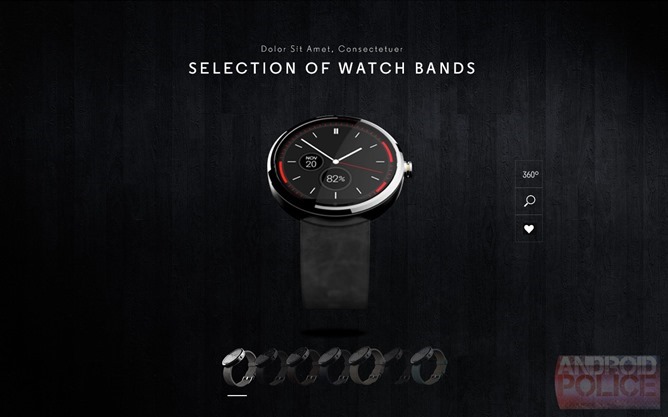 It looks like the image was not ready for public consumption – there's a snippet of Lorem Ipsum above the title. We can't make out many details of the watch bands, but there appear to be a number of leather colors, from light tan to green.

Presumably Motorola will use this graphic, or some version of it, when the color options are finalized. Whatever the final count is, it looks like we'll have more than the two options. [New App] HTC Releases Zoe App To The Play Store, But It's Not Going To Come Alive Until This Summer