The HTC One M8's screen has jumped to 5-inches (up from 4.7-inches), but it retains its 1920 x 1080 resolution, dropping the PPI down to 440 (down from 469). We also see the expected virtual navigation keys, replacing the capacitive keys that previous resided down by the logo. 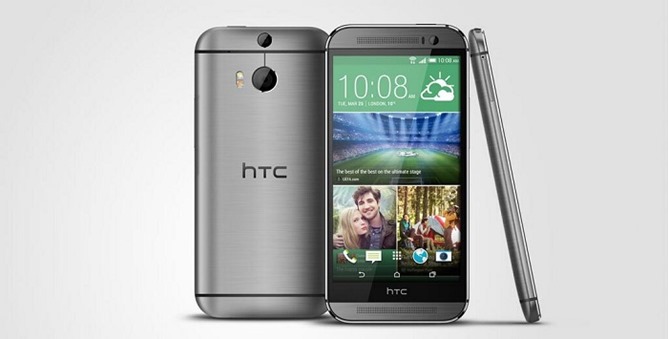 The biggest new feature is what HTC has branded as "Motion Launch," the ability to lock and unlock the device with a double tap on the screen or activate it with a single swipe. The phone will also auto-answer calls whenever you lift it up to your ear. 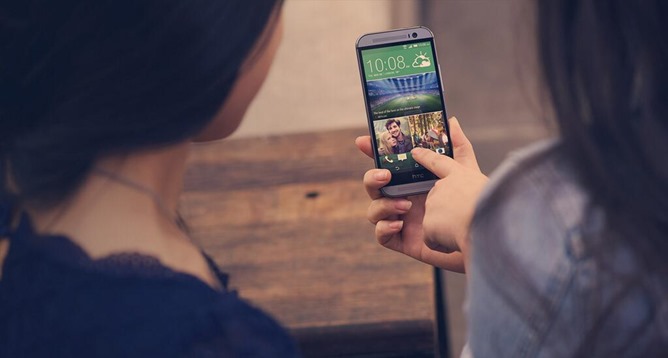 Internally, the phone is powered by a Snapdragon 801 2.3GHz quad-core processor. It comes with 32GB of internal memory along with support for up to a 128GB microSD card. The phone also comes with 50GB of Google Drive storage for two years. 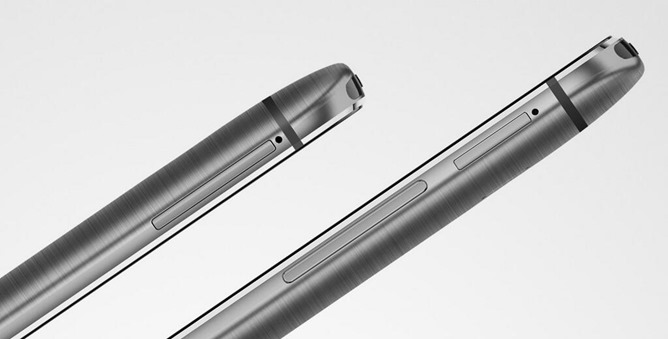 To differentiate itself from much of the competition, the new HTC One has two rear-facing cameras, its "Duo Cameras." The company has chosen not to give the phone's camera a resolution bump, instead sticking with 4 "UltraPixels." The strong low light performance returns, as do the speedy camera shots, but don't go in expecting to use this camera in situations where 2688 x 1520 isn't enough. The front-facing camera, on the other hand, has risen to 5MP. 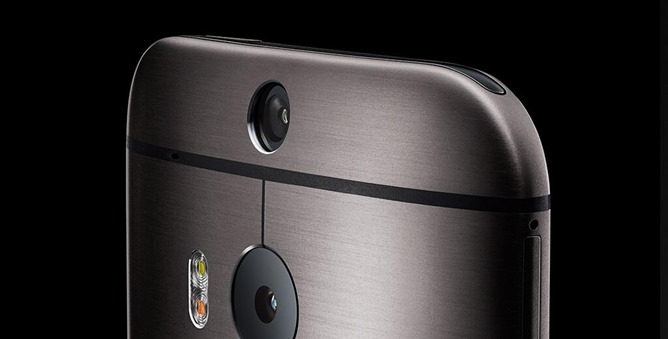 The two cameras allow users to refocus shots after they've been taken, and with the two cameras working together, users are able to highlight a target while blurring the background. The phone can also use depth information to apply other background effects. HTC is opening its camera API to third-party developers. 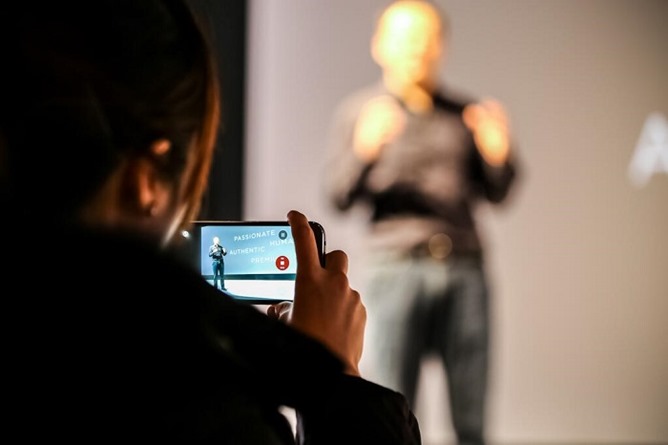 The HTC One M8 has a larger battery (2600mAh versus 2300mAh) that the company claims will provide 40% longer battery life. This can be extended further when combined with the phone's new power save mode.

One area where the HTC One trumps the competition is sound, and the new model looks posed to do the same. The device retains its two front-facing BoomSound speakers. HTC reports that the M8 should be 25% louder. 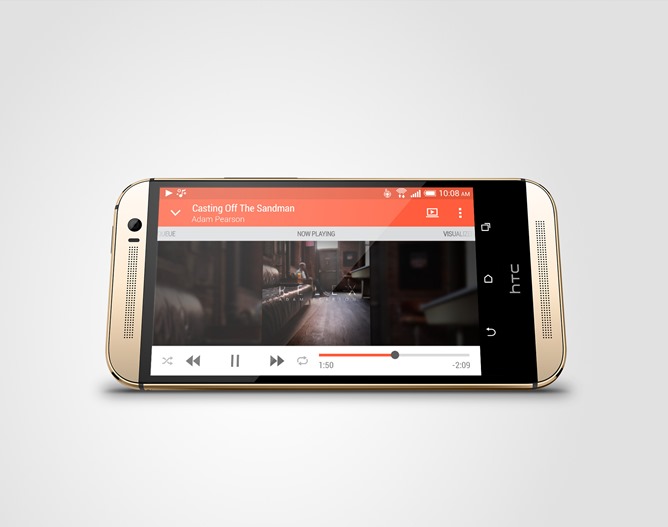 The handset's distinctive metal unibody returns, though HTC has added some variation. In addition to the standard silver model and alternative colors, a darker model offers a brushed metal look that changes how the texture looks. 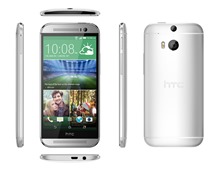 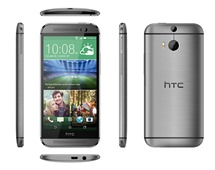 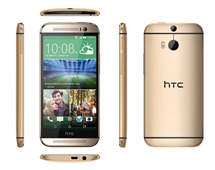 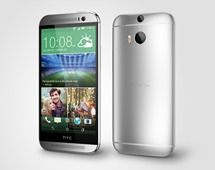 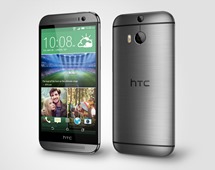 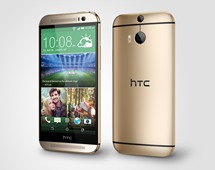 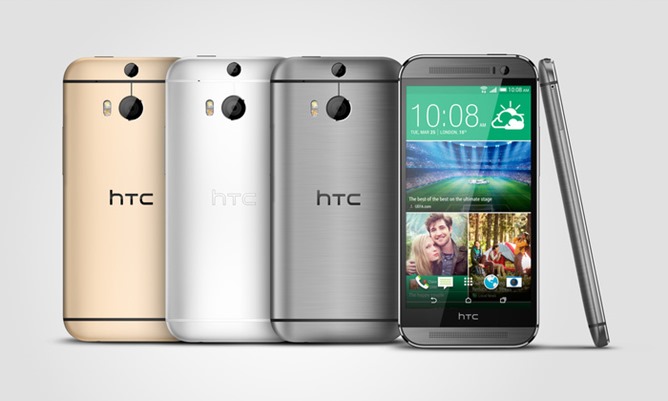 HTC will make the phone available via over 230 carriers in more than 100 countries at launch. Carriers in the US and Canada will start carrying the HTC One M8 within the first few weeks of April, but eager customers will be able to pick up the phone online starting today at 1PM EST from AT&T, Sprint, Verizon Wireless, Rogers, EE, etc (some will wait until tomorrow). T-Mobile customers will have to wait until next month to get the device online or in-person. Best Buy will exclusively offer the Amber Gold edition when it starts carrying the device in April. 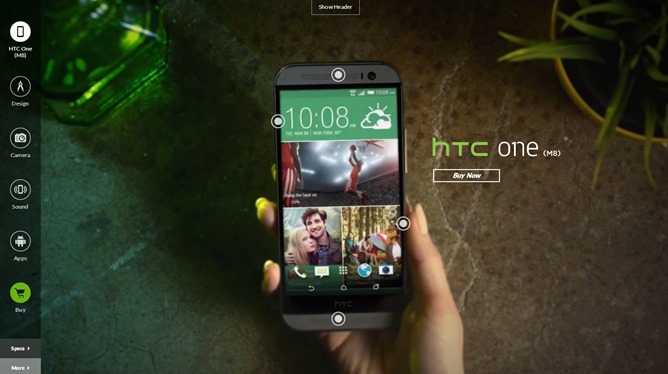 Verizon customers will be able to walk into a physical store and leave with one today, predictable branding included. 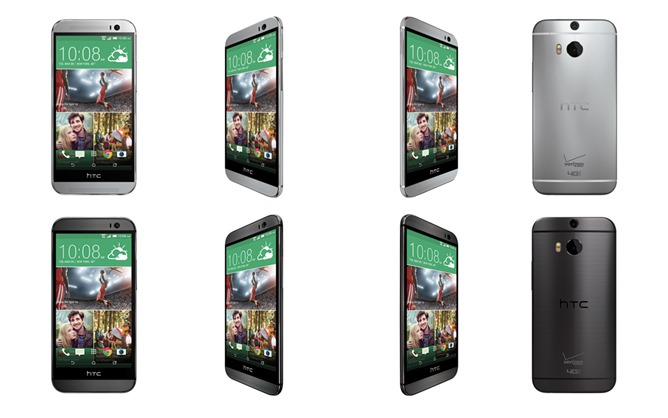 HTC re-iterated its promise to support devices for two years following their release. Current HTC One, Mini, and Max owners will receive a software update to Sense 6 later this spring.

For more M8 goodness, but sure to check out our detailed hands-on.