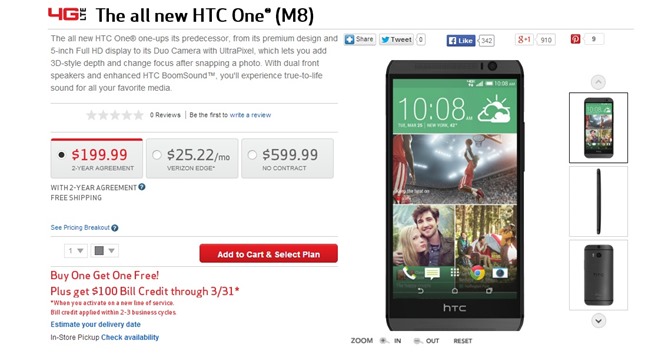 Of course, Verizon's high service costs will eat up all of your savings, but that's a moot point if you're already wedded to the carrier. 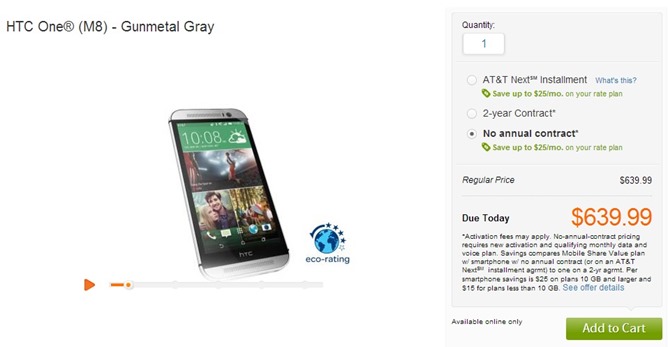 Sprint's raising the price even higher, though you potentially save more in the long run due to its lower monthly bills. A two-year agreement goes for $199.99, whereas a contract-free device costs $649.99. Alternatively, you can pay $27.09 for twenty-four months. 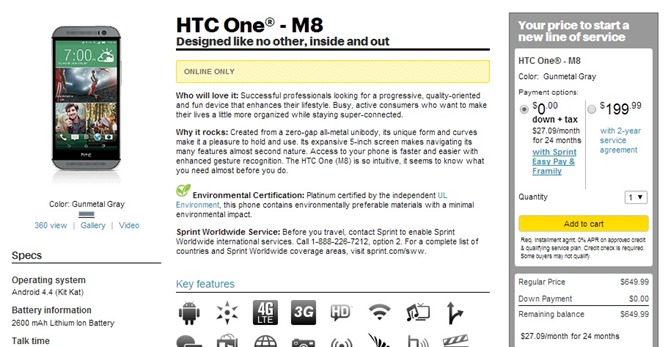 Best Buy's ready to sell you its exclusive Amber Gold version or the other available colors across these same three carriers.

T-Mobile doesn't plan to offer the phone until next month. Update: T-Mobile has since provided more specific pricing and availability information. Its HTC One M8 will launch online and in stores on April 11th (also known as Galaxy S5 day). The phone will cost buyers $26.50 per month for 24 months, reaching a total of $636.

Links for the other carriers are available below.