I know this is Chromecast country, but Roku was here first. The humble little WiFi streaming devices are competent and powerful, and they work with at least some online media sources that Chromecast doesn't. (Lookin' at you, Amazon.) If you're a happy Roku customer like me, then the Android remote app is probably a big part of your entertainment center. The new and improved version overhauls the user interface and adds one much-needed change. 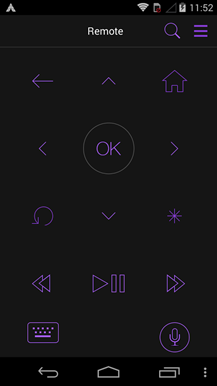 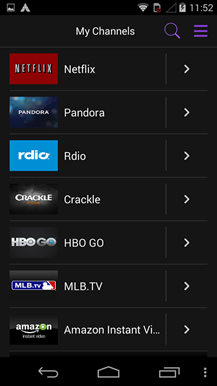 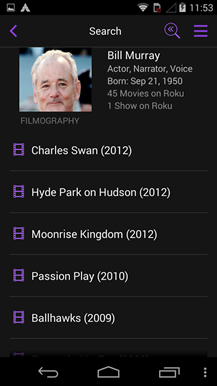 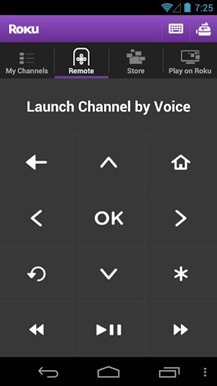 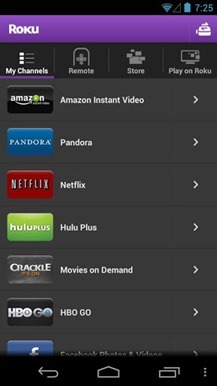 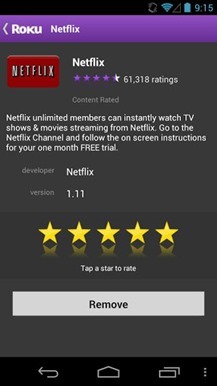 First of all, the UI has been given a big facelift. There wasn't anything wrong with the app's previous look, but the new interface is definitely an improvement, with bigger and more obvious icons and listed items. It isn't exactly Holo, but considering Roku's multi-platform approach, that's understandable. The layout has been considerably simplified: the tabs are gone, replaced with an overflow menu. 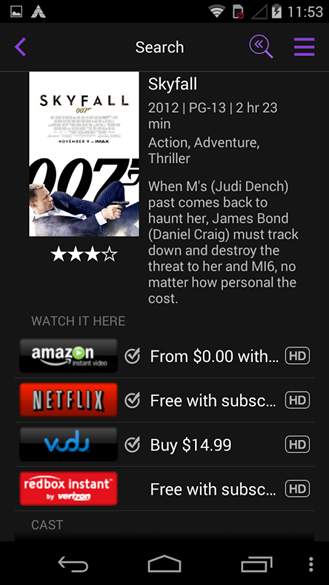 The biggest change is that you can now search for content on your phone or tablet, instead of using the somewhat cumbersome TV-focused search. You can look for items based on a variety of tags like title, actor, director, and so on. When you find something you want, you can select from applicable movie and TV stores - a nice touch for people who use combinations of Hulu, Netflix, Amazon, or anything else.

Reviews are complaining that the updated app makes it difficult to find multiple Roku devices on the same network, and some are just upset that the app doesn't use Holo. Unfortunately the Android version doesn't support video in Play On mode like iOS does - we only get photos and music, which seem to be a bit buggy as well. Yet Another Video Of The New HTC One (M8) Appears, This Time Comparing It To The M7