Every once in a while, a product comes along that changes our perception of what a particular category of device can be. A device that breaks the mold and becomes something more. Something better. Something that revolutionizes work, play, or both. A thoughtful, well-designed product for the masses.

This is not one of those times.

This is one of those times when a company talks up a product, only to leave its users completely unsatisfied – not that many of you have heard of Snakebyte Vyper in the first place. If you have, however, you may know of it by uNu, the name it was announced with at CES 2013. 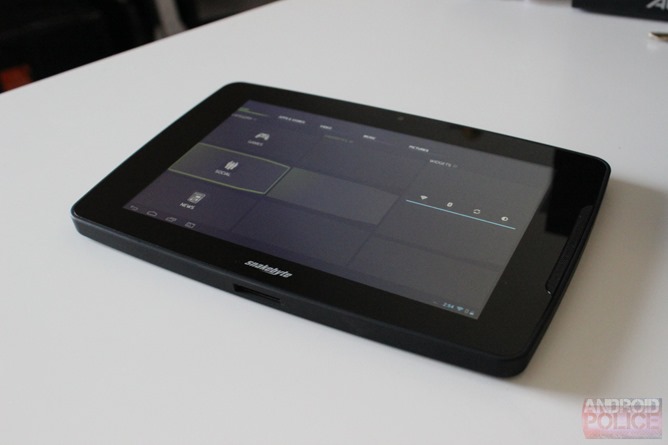 It's been more than a year since the Vyper was announced, so Snakebyte has had plenty of time to work out the kinks – or at least that's what we'd like to think they've been doing. Truth be told, I can't say I've ever used such a buggy, unreliable product. And I tried two different units, so I think it's safe to say that it's not just a faulty review sample, unless I just have terrible luck.

So, for those who haven't heard of the Snakebyte Vyper, here's the long and short of it: it's a "three-in-one" product that consists of a seven-inch tablet, a gaming controller, remote control, and HDMI dock. This all ships together in the same box for $250. It's filled to the brim with lackluster budget hardware, which is likely a big part of the reason why the experience is so bad.

Despite its specs, I always try to keep an open mind when reviewing products – there have been times when I was pleasantly surprised by a device with lower end specifications (like with most Blu phones, for example). 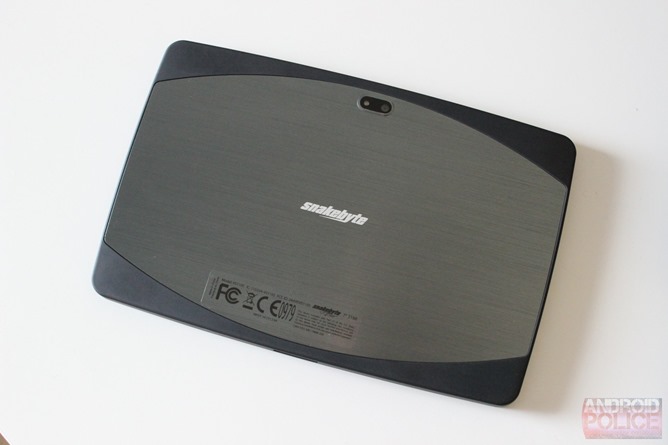 Right out of the box you can tell that this is a cheap piece of hardware. The outsides edges are covered in a soft-touch plastic (which really doesn't feel bad), with a cheap-feeling aluminum piece covering the majority of the back. The design is really unremarkable, and there's nothing aesthetically appealing here. At all.

The bottom of the unit has some sort of docking port, though it doesn't use the included dock – it's for a "premium" dock that probably does the same thing, but for more moneydollars. All of the other inputs are found on the left side of the tablet: headphone jack, microUSB charging port, microUSB data port (-____-), miniHDMI port, and microSD card slot. I just don't understand the need for two microUSB ports, and I probably never will. Power and volume are found on top, and there's nothing on the right side.

The device has one speaker, and it's found on the front-right side of the unit, assumedly so it's not covered when it's in the TV dock.

The display is surprisingly not terrible for a 1280x800 panel. Colors are alright, and viewing angles aren't bad. Still, it's clearly a cheap panel, but that's really to be expected.

Aside from the tablet, the Vyper ships with a remote control, game controller, and TV dock, which makes it an all-in-one sort of thingy. Here's a quick rundown of each. 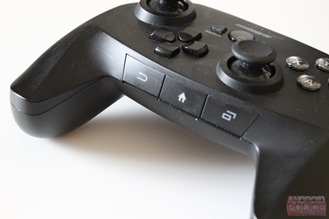 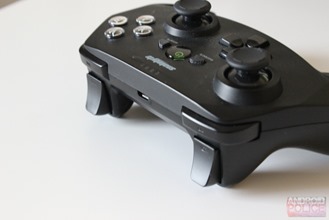 I actually like the game controller. It feels well-made, the buttons are solid (though the triggers are slightly squishy), and it has Android's back, home, and app menu buttons built in. I wish it could be paired with other Android devices, because it's cool. Using with the Vyper, though... that's another story. We'll talk about that in the software section. 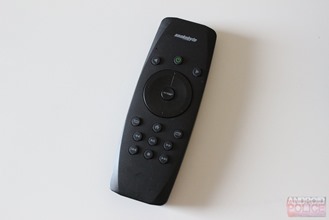 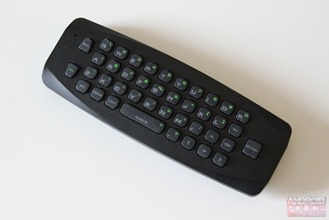 This is essentially for the Vyper's smart TV functionality. It looks like a typical remote control, but somehow cheaper. It features all the buttons needed to navigate the OS, media controls, and a QWERTY keyboard embedded onto the back. It's Bluetooth, but also works as an air mouse when connected, which makes it easier to navigate parts of the OS when the game controller or other physical buttons can't do the job. 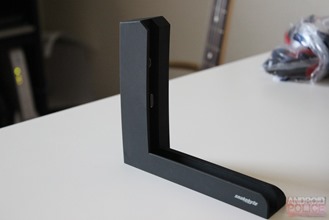 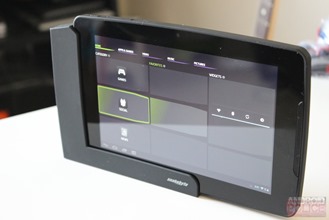 So here's the thing with the TV dock: I never got it to work. I had to two different units, and after trying both docks and both tablets (and combinations of each), it just wouldn't output to the TV. The tablet detected the external display, but nothing would show on the TV screen. When using the HDMI cable directly into the tablet, however, it worked as expected. I still have no idea what's going on with that, but it was incredibly frustrating. More on that below.

So this is when the fun starts, where "fun" actually means "one of the worst software experiences I've ever had."

Let's start with the device's primary interface. Instead of using the stock Android launcher like some other TV-connected devices do, Snakebyte opted for its own custom launcher along with the "old style" navigation/notification panel. I didn't find the launcher to be extremely intuitive at first, but it's not terribly bad once you understand how it works. 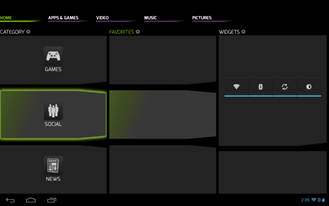 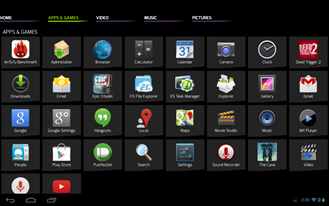 It's essentially laid out into three different columns on the "home" panel of the launcher: category, favorites, and widgets. Each column can be scrolled independently, and the "favorites" column changes according to which subcategory is selected in the first section. The middle row of the category column shows which subcategory is selected, as indicated by the green highlight around that box. From there, the favorites column changes accordingly. The widgets column operates independently of the other two, and new widgets can be added by long-pressing any box.

As for the other panels, they're pretty self-explanatory: apps and games, video, music, and pictures. Each page shows relevant info.

Now that we've looked the main interface, let's talk about how well it works... or doesn't work. As stated in the intro to this section, using the Snakebyte Vyper is an absolutely dreadful, frustrating, and infuriating experience most of the time. 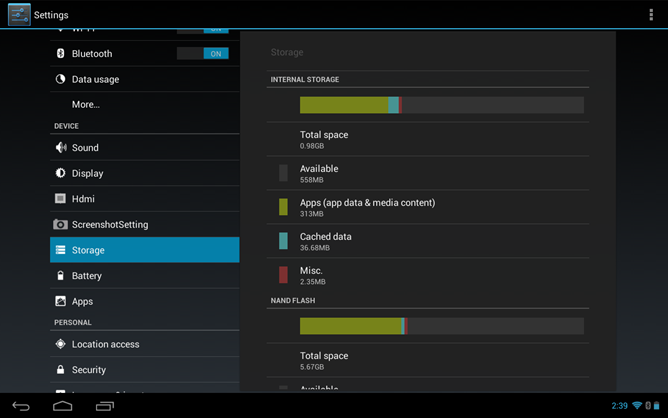 Right out of the box, the Vyper is straight-up laggy. There's no arguing that fact, and no denying it. There's also no reason that a brand new device should perform this poorly. I initially thought the poor performance and non-functional TV dock could only mean that my initial review unit was buggy, but that wasn't the case – the second unit is only marginally better. Swiping through the homescreen columns is very choppy, and navigating between homescreen panels is the same way. There is a 2-3 second delay between hitting the power button and the display turning on. Launching apps sometimes takes upwards of 5 seconds.

Simply put, nothing on this tablet is quick.

For a gaming device, the experience is anything but fun. Two of my favorite controller-supported games – Dead Trigger 2 and The Cave – don't work with the Vyper's controller, and The Cave won't display at all. The background sound works, and every once in a while it will try to load, but hangs at the "loading" screen; other times it does nothing at all. Dead Trigger is playable (without the controller), but the load times are absurd, and since Snakebyte decided to use the old-style Android tablet interface, accidentally opening the notification panel is a constant issue. With that said, once in the game, it's actually much more fluid than I expected it to be, so that's something.

Oh, and forget about navigating the interface in any usable manner with the game controller. That's for (half-assed) gaming and nothing else. You can swipe through the various homescreen panels and kind of do some other stuff, but it's really just more frustrating than usable. For actually getting through the interface, you'll have to use the remote, which isn't exactly a great experience in itself. 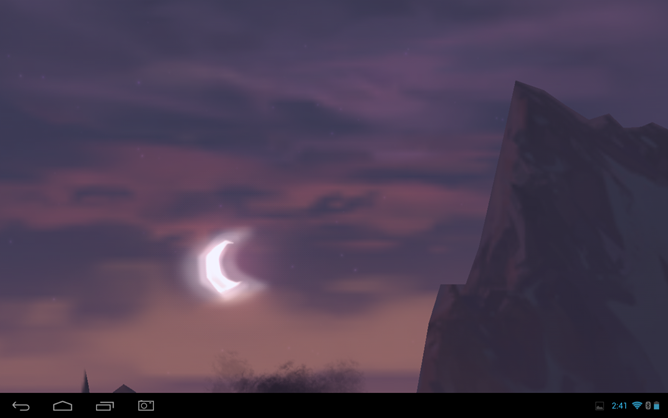 This is basically all you get from "The Cave" ... if it even loads at all.

Basically, the remote is an air mouse. The directional pad along with the page forward/back buttons can be used to navigate the various pages... but the "enter" button automatically selects what the mouse cursor is on, and not what may be highlighted on the screen. That's seriously irritating. The remote also has home/back/recent apps buttons, as well as media controls and a keyboard on the back. You know what it's missing? Volume controls. So if the tablet is connected to the TV and the volume is turned down unreasonably low, there's no way to increase the volume from the remote. Good thinking. Oh, and when the remote is connected, the display continuously comes back on. Even if you manually turn it off. Over and over again.

Speaking of connecting the Vyper to the TV – don't even think about using the dock that comes with it. I mean, you can try, but it probably won't work. I couldn't get two of them to work, so I don't imagine that the rest of them are much different. Maybe it's hit and miss, I don't know. All I know is that I tried two different tablets and two different docks on two different TVs. Same result across the board. I did actually get it to work one time for about 3 seconds, but then it stopped.

In short, there were times when it took more willpower than I normally have to keep from throwing the Vyper across the room while testing it. I think that's really how I sum up the experience. 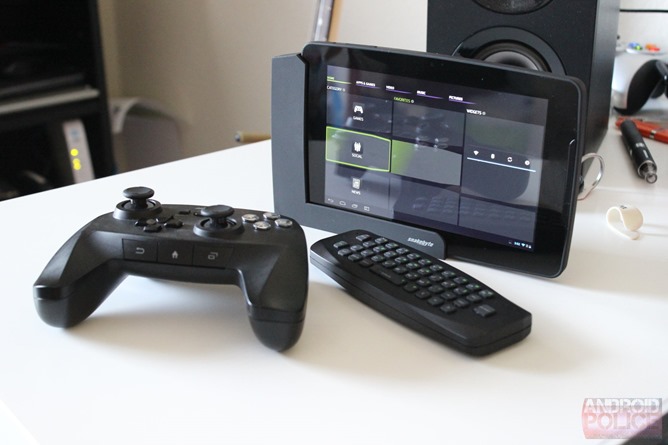 This is the worst Android device I've ever used. The buggiest, glitchiest, and just generally crappiest of the bunch. I can't find one redeeming quality about it, which is honestly a first for me.

Seriously, unless they make some major changes before the release, just don't buy it.