Earlier this year, Mozilla introduced Firefox Accounts, an easier way to sync all the good stuff like your passwords, bookmarks, history, and open tabs across multiple devices. This is far from Firefox's first rodeo, as the browser has had support for syncing data since Chrome was a baby, but this introduces in a further degree of ease-of-use and consolidation that users have come to expect. Now the functionality has found its way into the latest version of the Firefox Beta Android app. 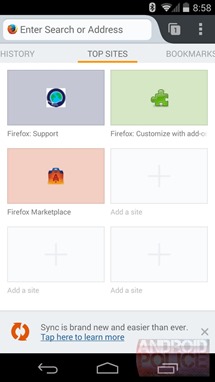 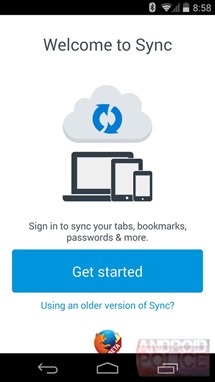 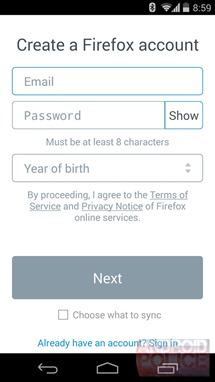 A prompt to turn on the feature appears at the bottom of the new tab screen the first time you fire up the app. From there, the process is pretty straightforward. Just grab the app from the link at the end of this post.

The highlights from the version 29 update are provided below, but here's the full changelog with more specifics.