The Paranoid Android team is in the process of rebuilding the ROM from the ground up with new features and new takes on existing ones. Peek is a new feature designed to make checking your notifications more convenient. All you have to do is pick up the phone – sound familiar?

Peek is a lot like Active Display from Motorola's newer devices. You pick up your device and the screen comes to life with small, minimalist icons in the center to let you know what notifications await you. They can be launched from the "off" state directly or ignored. Peek knows if you've picked the phone up by polling the gyroscope and proximity sensors, but will only do one or the other in some instances to save battery. 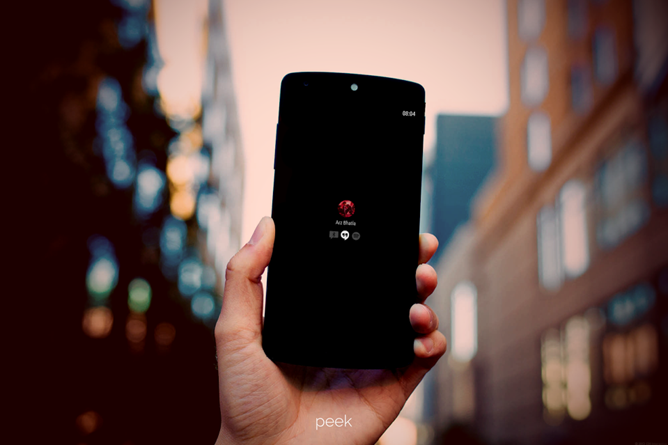 The demo makes it look pretty much like Active Display, but there are a few differences. The Moto X has "breathing" notifications that wake the screen up without you touching it – it's an alternative to the LED. Peek only activates when you pick the device up, but it's also tied more directly to notifications. Active Display wakes up the screen when picked up even if there are no notifications. Peek, by contrast, is only active for 10 seconds following a new notification. It causes a wakelock to poll the sensors, then shuts down until the next notification comes in. Motorola's custom hardware basically allows that to happen all the time.

Peek is included in the newest Paranoid Android beta. It has to be enabled in the display settings if you want to take it for a spin.

Chromecast Spotted At A German Retailer For 39.99 Euro