Google has just announced its plans for Android wearables, and this could make all those other smart watches look like they're standing still. Android Wear is an open Android-powered platform that lets developers plug into existing apps and take advantage of Google services like Now and voice search. There is a preview SDK available right now, and Google says wearables based on this platform are coming in 2014.

You can see from the video how focused Google's wearables will be on the Google Now experience and intuitive swipe gestures. There's no keyboard to be found – it's all voice interaction in the video. Of course, Android Wear grabs your notifications from a paired device and can be used to control things like music playback. Google is advising devs to see how their apps will work with both square and round smart watch screens. Note, however, that you must sign up for SDK access – they're not just handing it out yet.

Google is working with the likes of Asus, HTC, LG (G Watch), Motorola (Moto 360), and Samsung to develop Wear devices. Even Fossil is in on this, which hopefully means some smart watches that actually look nice are coming. With Android Wear happening this early, it seems like a lock Google will have a smart watch of some sort at I/O. 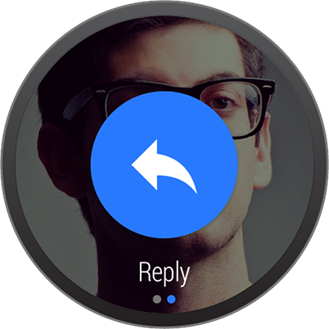 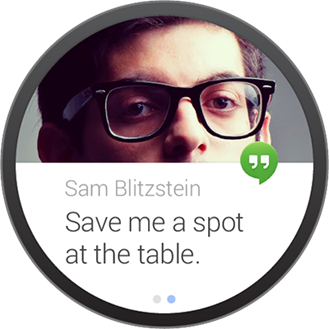 The Moto X Is (Finally) Launching In India On Wednesday, March 19th For 23,999 Rupees At Flipkart