The news has been pointing to an international launch for the Chromecast this week, and it looks like Google is making it official in the Play Store. Google's streaming dongle just popped up in the Play Store for several countries for 30-39 of the local currency. Yeah, that might be a bit more expensive than the US price, but at least it's for sale. See update below for the full list.

We're still checking it out, but so far the UK, Canada, and Germany have Play Store listings for the Chromecast. A few other locales (like Australia) are not showing the device just yet, but that doesn't mean it isn't coming. 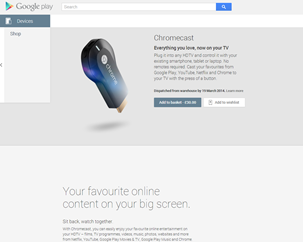 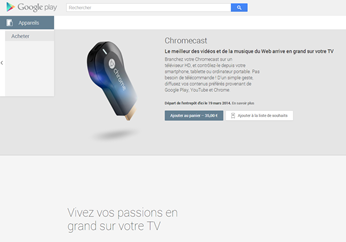 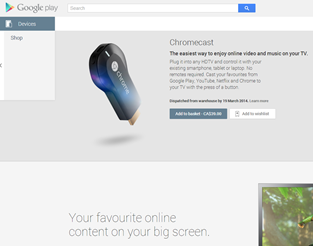 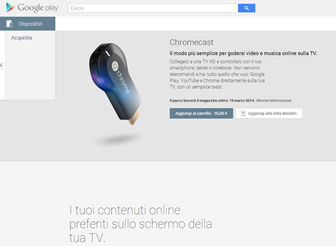 Keep an eye out for the Chromecast to begin popping up in your little corner of the world.

Update: Google has confirmed 11 countries in all: Canada, Denmark, Finland, France, Germany, Italy, Netherlands, Norway, Spain, Sweden, and the UK. There are also local casting apps for residents of these locations like BBC iPlayer in the UK, France TV Pluzz and SFR TV in France, and Watchever in Germany. More apps are on the way too.

Google Slides Nexus 'Charging Accessory' Into The Play Store To Charge Your Nexus (Or Other) ...