There are plenty of podcast apps on Android, but few are as pretty as Pocket Casts, and it's even better with the most recent update to v4.5. In addition to some UI tweaks, this version adds Chromecast support to the app. That's not even all – Pocket Casts has plenty more goodies in store. 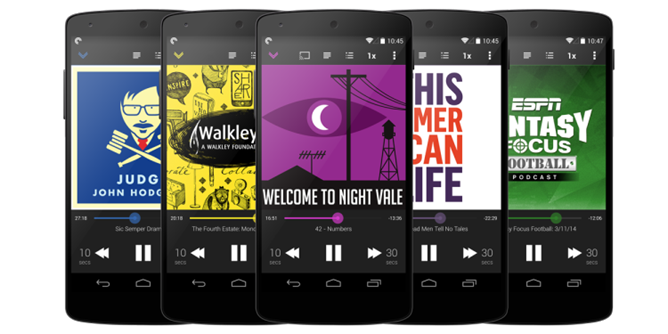 Here's the full list of changes from the Shifty Jelly blog.

The combination of better playlist management and Chromecast support is probably going to be really killer for this app. To top it off, Pocket Casts looks great. It costs a few bucks, but it's one of the best podcast apps out there.

[GDC 2014] Google Announces New Game Developer Tools And Game Gifting (But Not The Kind You ...

Original HBO App Disappears From The Play Store, No One Seems To Miss It Much