Update: Google has updated its product status dashboard to confirm a Hangouts service disruption. 9:49am PDT

Update 2: Google Voice is also down for us, but Google hasn't mentioned it yet. Chrome Remote Desktop is also busted. 10:09am PDT

Update 4: Google says Sheets was down briefly, but is back now. Hangouts is still broken and we can expect an update by 1:15pm PDT. Hang tight. 10:49am PDT

Update 6: Our long national nightmare is over – Google has restored Hangouts. The status page has been updated to reflect the fix. Please go about your lives. 2:05pm PDT 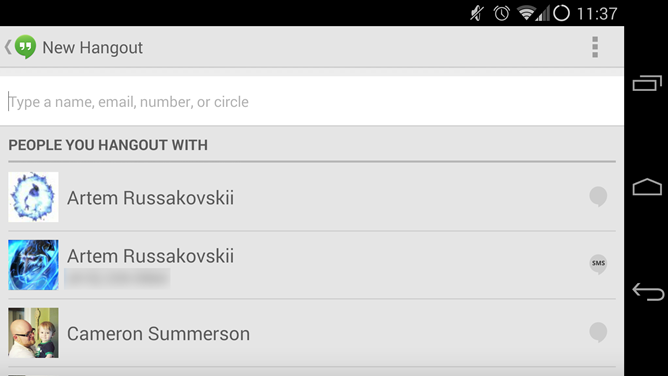 We're seeing sign-in errors on the desktop, and the Android app reports everyone is offline. Unlike some other recent outages, this one seems to be nearly total. Google has been building Hangouts up in recent years, so this is a bigger deal than it might have been a while back. Still, Google has an unreal level of uptime, which just makes these outages that much more noticeable.

We'll keep an eye on it and let you know what happens.