Ever since Google rolled out public beta applications through the Play Store, some of the biggest names in the game have jumped on board to essentially crowdsource bug discovery in upcoming releases. Among those that are now offering users access to early versions of its software is Facebook, which released a beta version of its primary application earlier this year. The company has now done the same with its Messenger application. 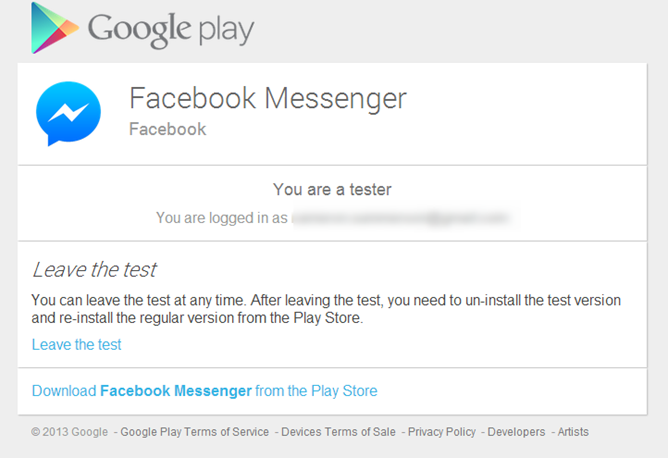 In the official post about the beta program, Facebook promised to provide users with "a small batch of fixes and new features every month;" in return, it only asks that a bug report is submitted when an issue is encountered. If you think you can handle that kind of responsibility, do the following to enter the beta.

That's pretty much it. If you use Facebook Messenger often, you'll probably want to jump on this.

Latest SwiftKey Beta Can Use Evernote And Google+ As Personalization Options