Sega originally released Crazy Taxi for Android priced at $4.99, but until March 19th, you can now get the game entirely for free. We're talking the full package, complete with everything from the original music by the Offspring to all the craaaaaaazy money your frightening driving skills can earn you. Unfortunately, the one thing you're not likely to get are future updates. 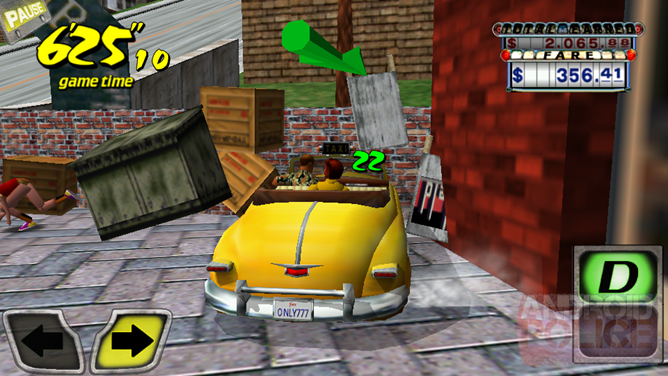 You see, Google doesn't allow developers to make paid apps on the Play Store free, then return them back to their original paid status. So instead, Sega has temporarily taken down the original Crazy Taxi entry and replaced it with a free one. When this version goes away in a week, it probably won't see the same kind of support the paid version does. That said, if it currently runs on your device, it will continue to do so unless a future version of Android comes along that breaks it.

Sega's using this sale to draw attention to an upcoming entry in the franchise, Crazy Taxi: City Rush. That free-to-play title will introduce modern visuals, but it will also come with less desirable innovations, such as social network integration and in-game currency.

Yeah... You might want to hit the widget below instead. Looks like this is the best free Crazy Taxi gaming we can expect for quite a while. 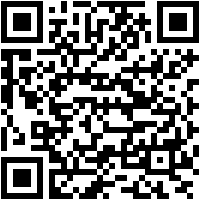 SEGA TAKES TO THE STREETS IN CRAZY TAXI: CITY RUSH

SAN FRANCISCO – March 14, 2014 – SEGA Networks, Inc. is pleased to announce the newest game in one of the company’s most iconic franchises: Crazy Taxi™: City Rush. From Kenji Kanno, the creator of the original Crazy Taxi arcade smash hit and Hardlight Studios, one of SEGA’s top mobile developers comes a game reimagined for a new generation of mobile gamers. Crazy Taxi™: City Rush captures the spirit of the beloved Crazy Taxi series with one-touch, intuitive controls that make for a fun and frantic ride everyone can enjoy. In Crazy Taxi™: City Rush, there’s no mission too insane, no stunt too dangerous and no passenger too outrageous…nothing is safe!

Free to download and play for iPhone, iPad, iPod touch and Android devices, Crazy Taxi™: City Rush was designed exclusively for mobile and will release globally later this year.

“I’m very excited to finally be able to share with you the first news of Crazy Taxi™: City Rush,” said Executive Producer and creator of the arcade original, Kenji Kanno. “We are delivering a truly fun game that captures everything our fans love about the original and infusing it with several new features to create an even more fantastic and memorable experience.”

Swipe to quickly change lanes, whip around corners, onto sidewalks and ramps to send your cab soaring through the air. Drive crazy through an all-new big city setting.

Crazy Taxi™: City Rush will launch with a wide variety of adrenaline-fueled missions, wild challenges – and unique areas to unlock, explore, and master as you progress through the campaign. Customize your cab to increase its power and visual appeal with a wide variety of over-the-top upgrades. Take your friends for a ride and blaze a trail through the city, sidewalks, and alleyways for special rewards.

Crazy Taxi™: City Rush has soft launched in limited global regions, with plans for a full global release later this year. More information will be released leading up to the game’s official launch.

As a special ‘thank you’ to longtime fans, SEGA is also pleased to announce that the first game, Crazy Taxi, is now free to download on the App Store and Google Play for a limited time.

Google Wallet Tap And Pay Functionality Will Not Be Supported On Devices Running Android 4.3 Or ...