Samsung appears to be in full-on product carpet-bombing mode when it comes to wearables, as Samsung-thing-that-goes-on-your-wrist #4 has been detailed in a new leak by SamMobile, and it's called the S Band.

Now, you may say, "S Band? That sounds familiar" and you would be right, it should indeed ring a bell or two! Because Samsung initially unveiled a product called the S Band alongside the Galaxy S4... last year.

The old 2013 S Band that never actually was

Problem was, it never actually went on sale - none of Samsung's fitness and health accessories did. The reasoning behind the no-show could have been a lack of consumer interest, new products in the pipeline, or that they simply weren't very good. We'll likely never know. But now the S Band is back, and it looks quite different from the version Samsung debuted a year ago. Take a gander: 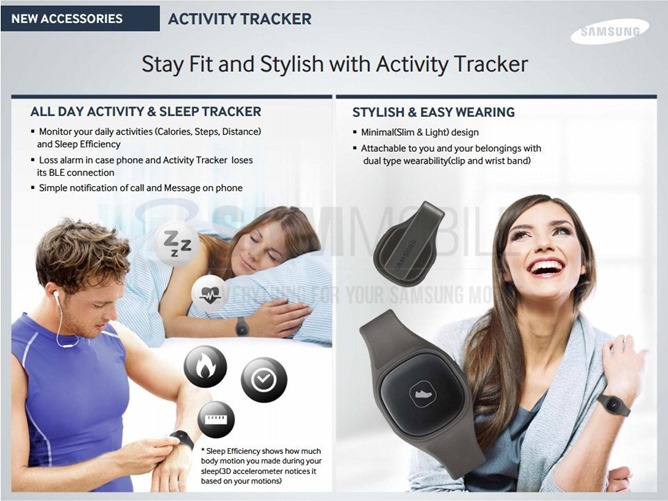 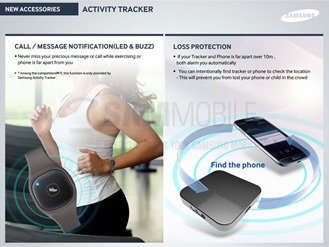 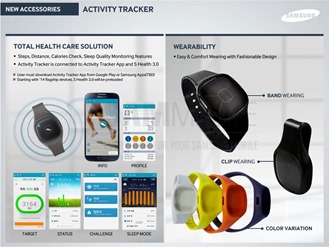 As you can see, the new S Band boasts a screen (it does not actually appear to be touch-enabled, but we aren't sure) and a more Gear-like design. The bands are fully replaceable, and if you don't want to wear the S Band on your wrist, a clip accessory can attach it to you or your stuff elsewhere on your body. The S Band will, of course, integrate with the S Health app on the Galaxy S5 (and presumably other devices), tracking your sleep, calories burned, and distance travelled. So, basically like every other fitness tracker already on the market.

Interestingly, Samsung says the S Health 3.0 app will be available either on the Play Store or the Samsung Apps store, but that's yet to be decided. Perhaps Samsung will expand S Health beyond compatibility with only its own devices? It seems unlikely, but who can really say for sure?

The S Band will use BT Smart (aka Bluetooth Low Energy) to communicate with the phone it's paired to. The slides don't mention anything about battery life, unfortunately. It does not appear the S Band has the heart rate monitor its Gear-branded cousins are equipped with, either, which does seem like a bit of a shame.

As for the aesthetics, I have to say: not a fan. This thing looks cheap and, frankly, ugly. Based on the features Samsung's showing off here, it also doesn't look like a compelling option over the many existing choices for fitness trackers, such as Fitbit's Force or Jawbone's UP24. Perhaps Samsung will compete on price more than features, but given Samsung's exorbitant accessory costs to date, I wouldn't count on it.