Amazon has been expanding into just about every possible media sales segment in the last few years, with one notable exception: console-style video games. If a filing with the Agência Nacional de Telecomunicações (read: the Brazilian version of the FCC) can be believed, Amazon is looking to close that gap in its product lineup. A full game controller, with media controls and Android-style navigation buttons, was spotted there by Zatz Not Funny. 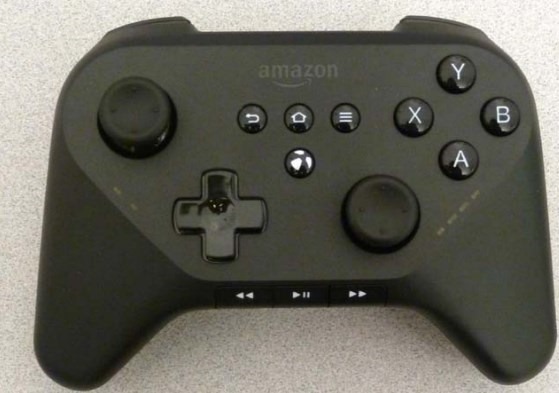 The controller uses the almost universal Xbox layout, with twin thumbsticks, a D-pad, four action buttons, and both shoulder buttons and triggers. Note the media play/pause and forward/backward buttons on the bottom side, as well as the usual Android Home, Back, and Menu buttons in the center. The original source claims the controller uses Bluetooth, which is pretty typical. 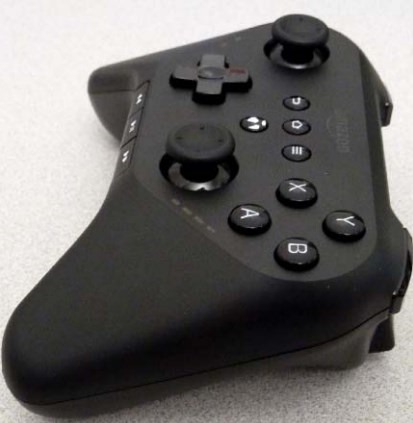 Let's be clear here: there's nothing definitive in these images, aside from the fact that it's a game controller with an Amazon logo. But its presence certainly indicates that Amazon wants to get into the game market in a more direct fashion. Whether that's as an expansion of the current Kindle Fire line, or with an Amazon-branded OUYA/Roku TV box, or something else entirely, we really can't say. The fact that Amazon has recently acquired a bona-fide game studio, not to mention publishing its own titles, certainly does cast a more ambitious light on this hardware. 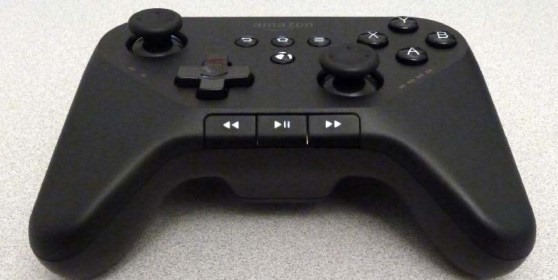 It's worth noting that at least some notable tech journalists think that Amazon is preparing a TV set-top box for release later this month. Considering Amazon's heavy investment in television and movies, plus its extensive Android properties, it would certainly make sense. Since no one has managed to lock down the low-cost console market just yet, despite the best efforts of OUYA and more longstanding competitors like Nintendo, it would be interesting to see Amazon (and possibly Google) give it a go.

Source: Zatz Not Funny via The Verge