Google's begun rolling out an update to the Maps app on Android today, bringing it to version 7.7. While not much seems to have changed, a full 0.X release typically denotes at least some kind of new feature or significant alteration, though thus far we've really only seen one.

For the moment, all we're noticing in the new version of Maps are the "Upcoming events" listings populating some place listings. For example, search for "AT&T Park" in San Francisco, pull up the place card, and you'll see a list like the one below. 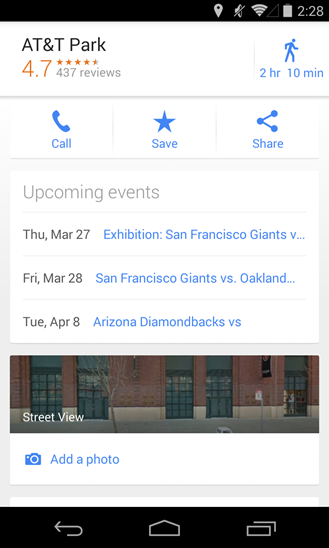 Update: You can now save pins dropped anywhere you want, even in the middle of an ocean (thanks, Adrián Ayllón): 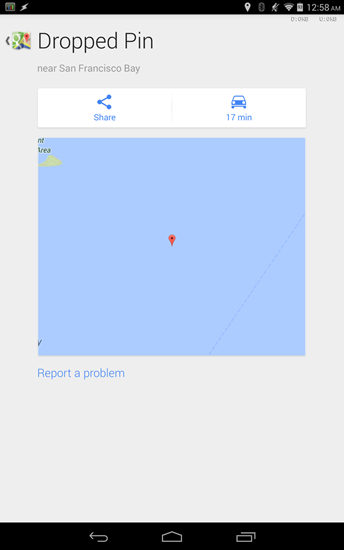 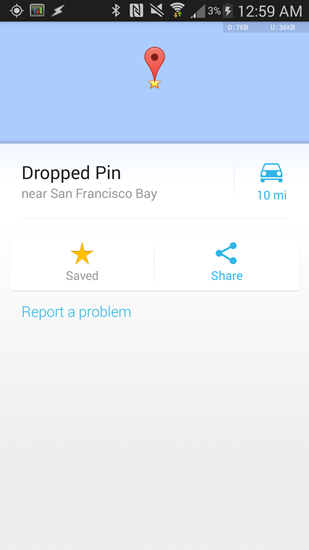 We're not noticing any other user-facing changes in the update, but we did manage to pull the following new strings from Maps 7.7, so if you notice something that might be related, definitely let us know. One of those strings seems to indicate automatic dimming in turn-by-turn mode will be making a return at some point, though it's nowhere to be found right now:

A few others seem to relate to the reviewing system, offering new options (reporting an owner's response to a review) and some new dialogues for exceeding character limits. Woo!

Otherwise, we haven't seen much in the way of changes. Regardless, you can get the new APK from the mirrors below.