Assuming you didn't need to actually touch a phone before buying it, Wirefly has long offered cheaper prices on new devices with US carriers. That may be in the past now – we've been getting reports that Wirefly (and parent company Simplexity) is shutting down and filing for Chapter 7 bankruptcy. If true, that's the end of the line for Wirefly. [Update: We were able to get in touch with Wirefly to confirm the closing. A lawsuit is also being filed on behalf of former WireFly employees.] 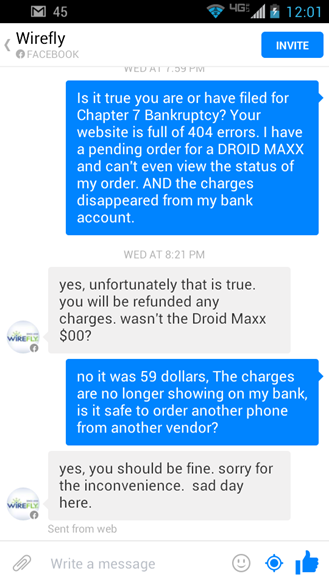 The first sign something was wrong came yesterday when a few customers were told by Wirefly's third-party device insurance provider that all Simplexity accounts had been canceled for non-payment. Wirefly affiliates are also getting the bad news. The website is still technically up, but it's throwing some odd errors and many pages are 404ing. Some reports on Twitter from current and former Simplexity employees (well, they might all be former employees now) also indicate the company is shutting down. 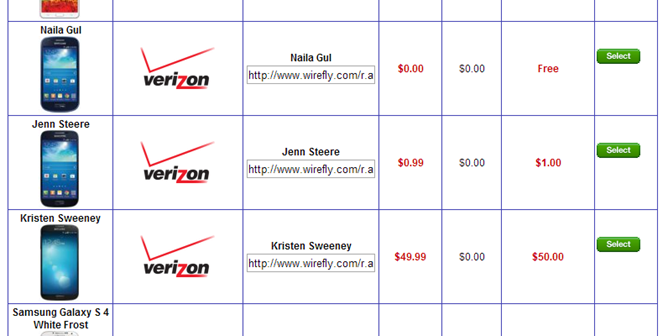 A customer provided us with a screenshot of a conversation with the Wirefly Facebook account (embedded at the top) where they confirm the shut down. All pending charges will allegedly be cancelled and customers are free to place new orders elsewhere. Wirefly has not responded to inquiries about the alleged Chapter 7 filing yet, but it probably has bigger problems than press inquiries if it's all true. Chapter 7 is different than the more common Chapter 13 – this isn't debt reorganization, it's liquidation. Someone might buy the Wirefly name, but it won't be the same company.

To all my Recruiter friends. Simplexity (a company I use to work for) has closed there doors for good as of today....They have some reall…

@Wirefly I was told by you device protection partner Mobile Device Protection Association that Simplexity accounts have been canceled.

Droiders’ MedicAR Shows How Aspiring Surgeons Can Use Google Glass And Augmented Reality ...