The marketing campaign for OnePlus's CyanogenMod-powered One phone has been maddeningly piecemeal, so we've been hesitant to post their tiny updates. But the latest one is notable: according to this forum post, the OnePlus One will feature always-on voice commands, in the same manner as the Moto X and 2013 Motorola DROIDs. The administrator says that it's enabled by a combination of Qualcomm technology and custom software from the CyanogenMod team.

The presence of a "wake up" command makes it seem like this feature will work even when the phone is off, again, very much like the Touchless Control app from Motorola. The command itself is being put to a vote, with "OK OnePlus" getting the lion's share of only a few votes so far. Previous posts indicated that the OnePlus One would use a Snapdragon 800 processor, and Qualcomm's promotional page for the series includes a standby voice activation feature, though the current phones and tablets that feature the S800 don't seem to have enabled it. 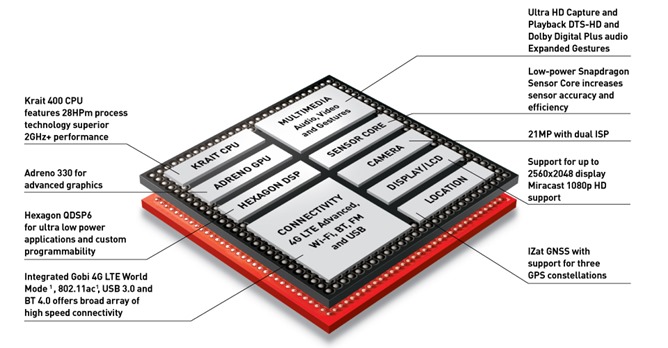 We'll use this post as an opportunity to catch up on the One: other small announcements from OnePlus have indicated that it will use a 3100mAh battery and a 5.5-inch screen. The latter is perhaps more ambitious, since the company is aiming to cram it into a tiny housing. According to this post, the screen fits underneath a 5-inch Xperia Z1. Of course, that's just the screen, not the housing, which is a bit misleading.

OnePlus will probably continue this nickel-and-dime PR approach right up to the release in a few months. Feel free to dig around the official forums if our somewhat skeptical coverage is too infrequent for you.