Welcome to the latest entry in our Bonus Round series, wherein we tell you all about the new Android games of the day that we couldn't get to during our regular news rounds. Consider this a quick update for the dedicated gamers who can't wait for our bi-weekly roundups, and don't want to wade through a whole day's worth of news just to get their pixelated fix. Today we've got an interesting take on the game-book genre, not one, but two numerical puzzlers, and an old-school top-down shooter. Without further ado:

Sorcery is an interesting take on ye olde Choose Your Own Adventure and tabletop RPG-style gaming. It's presented as a textual narrative, but your player is represented as a miniature figurine. Combat is turn-based and stat driven, but you'll also have to pay attention to the constantly-updating text, which makes Sorcery more immersive than most RPGs (where combat and story are kept notably separate). There's a lot of talent on display here, which is likely why it's done well on iOS. Unfortunately this is only one (expensive) episode of a larger story - the developer says later episodes are forthcoming.

The app uses inklewriter technology to tell your journey in real-time, shaping the story around your choices. The text itself changes based on how you play and what you do, and in combat, the action is described on the fly based on how you play. Featuring original illustrations by John Blanche, new character art by Eddie Sharam (DC Comics), an interactive map by Mike Schley (Wizards of the Coast). 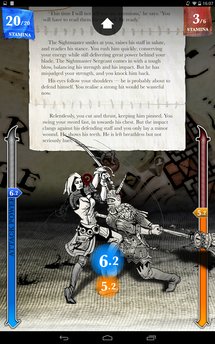 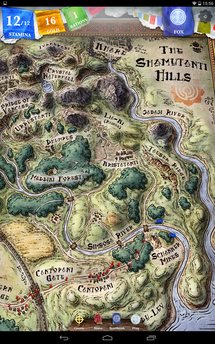 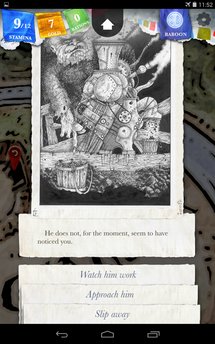 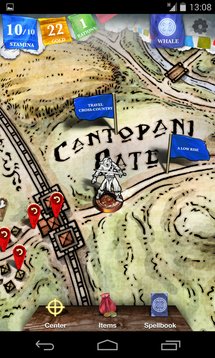 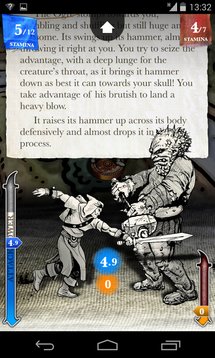 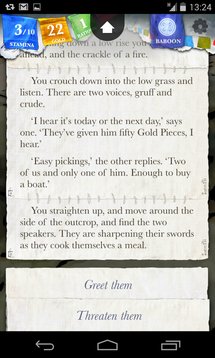 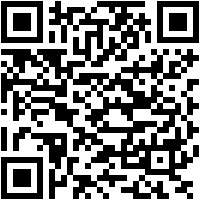 Even is one of those incredibly simple puzzle games that seems to get under your skin. The mechanics are basic: move each tile one at a time, but only on to numbers of equal value. As your numbers grow and your game progresses, you'll find your paths blocked, until there are no moves left. Bombs add an element of chaos, but clever players can either neutralize them or use them to keep the game going.

Even is a simple numbers matching game. Or is it? There are only two rules: swipe to move the numbers on the board and keep combining same numbers to get more points. How long can you go before the board fills up? While the game play is simple, the strategy is anything but. Speed play for a minute or spend 20 minutes strategizing every move, either way Even is going to grow on you and leave you addicted. 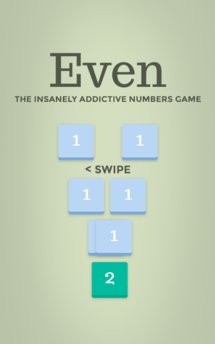 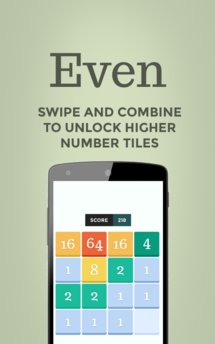 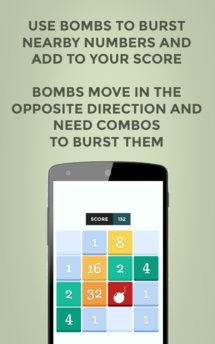 Threes is another game in the same vein of Even. You start with two tiles, adding one and two to make three, at which point more tiles will spawn. You move sections of the board around to combine more tiles, but they'll only combine in multiples of three. As the numbers grow, the game gets more complex and challenging. Though it's possible to lose, it's also possible for a single board to continue indefinitely.

Threes is tiny puzzle that grows on you. 33.3333333333% OFF FOR A LIMITED TIME. Explore our little game’s deep challenge and grow your mind beyond imagination. Optimized for Android and human brains. 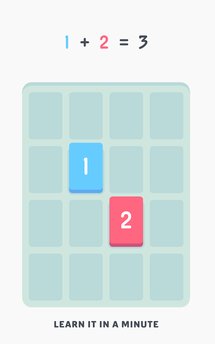 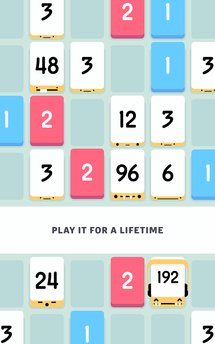 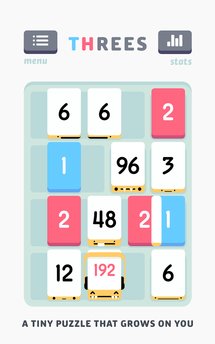 There's been a refreshing downturn in zombie games as of late - maybe all those developers are busy churning out Flappy Bird clones. That said, it's nice to see a top-down shooter done in the old "bullet hell" style, albeit with a lot more gore than Nintendo ever allowed. True to its name, there are plenty of guns and various power-ups to be found in the nearly endless 2D landscape. Blood 'n Guns is free, with a single in-app purchase to remove the ads.

The only IAP in this game removes ads, it is the full game. BloodnGuns is a zombie shooter with a large arsenal of weaponry and power ups to chose from. Deal with an endless horde of zombies attacking you on screen at the same time, dynamically generated backgrounds to litter with dead zombies and 12 survival game play modes will keep you challenged indefinitely. We are currently developing harder game modes and a bunch of other stuff.