The most recent feature to hit many Bluetooth speakers (aside from increased durability) is a splash-proof coating. The UE BOOM has it. The Braven 855s has it. Some others have it, including Outdoor Tech's newest entry to the market, the Turtle Shell 2.0 ($130). In fact, it's IPX-6 dust-proof and water resistant, so it can go to the beach and survive all the elements. Take it to the shower – it can handle it. The only thing it can't handle is being completely submerged.

The Turtle Shell 2.0 is the successor to Outdoor Tech's original Turtle Shell speaker, which actually came to fruition through a Kickstarter campaign. I never got the opportunity to use the first model, but according to Outdoor Tech's press release, v2 offers "louder sound, longer battery life, and Bluetooth 4.0," along with a few other, non-specific upgrades. This review will, of course, focus specifically on version 2.0's performance as its own product, not how it compares to the original model. 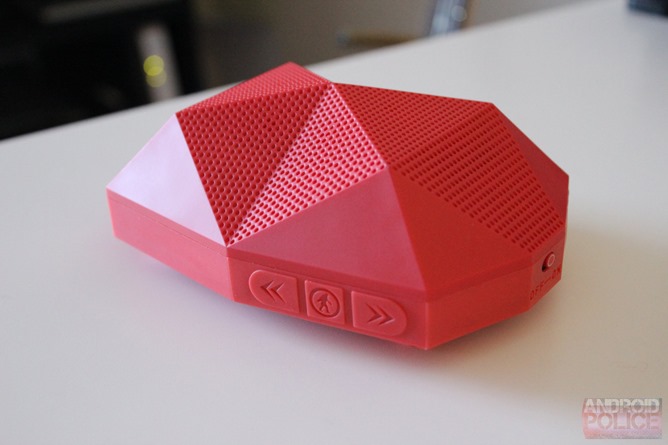 Just like its predecessor, the Turtle Shell 2.0 has a unique, shell-like exterior that just looks cool. Of course, that's pretty subjective, as some users may not like how it looks. That said, I think it looks rather awesome. One of the best features about its unique design is that it allows the speaker to be omnidirectional – it essentially "projects" the sound in a myriad of directions so, despite its small size, it fills a room with ease.

It also keeps the button configuration simple and intuitive, which I'm a huge fan of. The "front" of the unit features three multi-functional keys that basically serve every feature needed on a speaker like this:

I really like this design – it saves space by eliminating the need for 18 different buttons, all without sacrificing any functionality. The only downside here is the buttons aren't as tactile as they should be – it's really difficult to tell when the button has been pressed without listening for an audible change, which is annoying.

As for the rest of the buttons, there's a toggle-style on/off switch on what I consider to be the right side, and the left houses the AUX-in and microUSB charging ports, which are hidden beneath a small rubber "door" (for water resistance). The bottom of the speaker is where the bass reflex port is found, along with a carabineer clip attachment and tripod mount. The latter also works with Outdoor Tech's Turtle Claw, a bicycle handlebar mounting bracket. Lastly, the TS2.0 has these rad little suction cup feet that do a great job of keeping the speaker from moving around, even at the highest volume on the most bass-heavy song I could find. Give it a little press on the four corners, and these feet will even grip to most flat surfaces – you know, like suction cups.

One of the things that Outdoor Tech seems to be most proud of with the TS2.0 is its durability. It's unique shape increases its overall durability, and it's also IPX-6 dust-proof and water-resistant. Basically, the TS2.0 can take a damn beating and keep on going. According to Outdoor Tech, it's "shower, rain, and generally other liquid proof." To test that, the Turtle Shell came along for multiple showers with me. Here's the thing about that: since the "grill" is basically just a series of holes in the plastic cover, they easily get "clogged" with water, which results in a muffled sound. Shaking the water off and wiping the speaker down is all it takes to get everything back to normal, however. Other than that, the water-resistance is excellent. 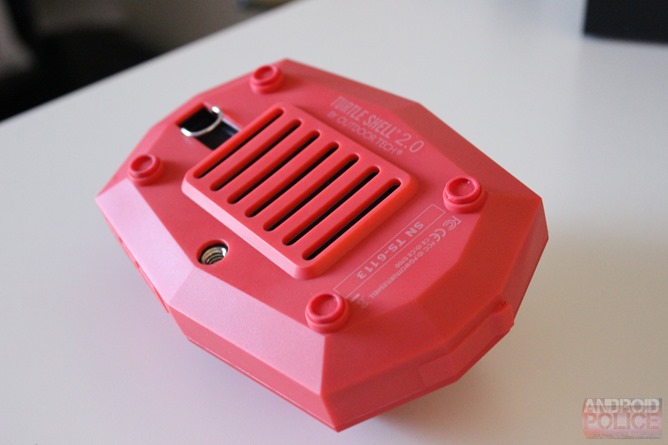 Another appealing thing about the TS2.0 is the weight: it's pretty light as far as Bluetooth speakers go, and especially so considering the size to sound ratio (more on that in the Sound section below). It weighs just 0.65lbs (about 295 grams), which is nearly half the weight of my current pick for best Bluetooth speaker, the Ultimate Ears BOOM, which weighs 1.18 lbs (538 grams). So yeah, throw it in your bag – it won't make a huge difference.

Lastly, let's talk about battery life. Outdoor Tech cites the TS2.0 at 16 hours of play time. I've been listening to it for around 14 hours now (on and off, of course) and it's still going strong, so 16 sounds pretty accurate to me. I'd say 14 is a pretty good assumption if the speaker stays at full volume in high heat (outdoors), both of which will lessen its play time. Still, when's the last time you needed a speaker to last for upwards of 14 hours? 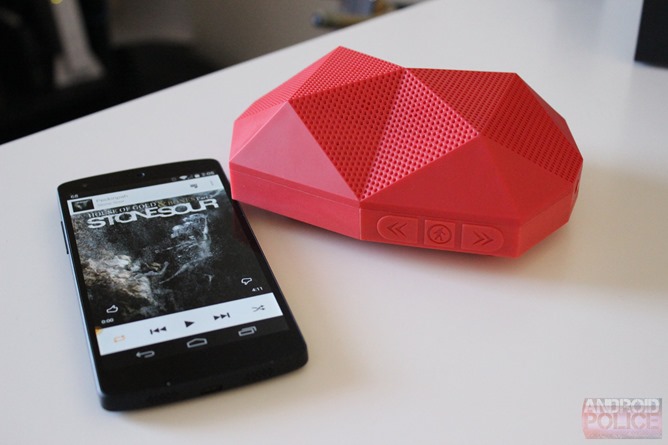 The Turtle Shell 2.0 is an impressive little speaker in the fit and finish department, and I'm inclined to say it's equally as impressive in the sound department. Mids and treble are clearly defined and focused without being overbearing, and the bass is balanced nicely by the speaker's internal EQ. It's not overly bass-heavy, but the bass is definitely present and easy to hear.

One thing worth noting when it comes to sound quality, however, is that the bass drops dramatically when the AUX-in/microUSB cover is open. That seal seems to make all the difference in the world for the TS2.0's sound, which I found interesting. That could be an issue for anyone looking to use this speaker over a wired connection, so it's definitely something to keep in mind. For Bluetooth-only use, though, it's not an issue.

When it comes to volume, the TS2.0 is pretty much on-par with other speakers of similar size. Outdoor Tech claims that it clocks in at about 96 dB, which it likens to a bear's roar. Thankfully I've never heard a bear's roar in person so I can't say if that claim is true or not, but I will say that it holds its own when put head-to-head against other speakers of this size, and it does it all without distorting when cranked. It remains very consistent from low to high volume, which can't be said for every speaker out there. 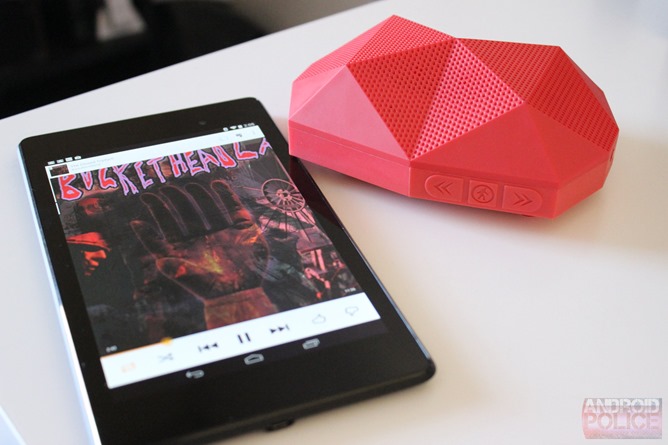 So here's what you really want to know: compared to other speakers in this price range, the Turtle Shell 2.0 is one of the best in its class. At $130, I can't think of another speaker that offers everything found in this one package: it's water-resistant, dust-proof, has intuitive, useful controls, and has good, omnidirectional sound. Pair that with its built-to-take-a-beating exterior and light weight, and you have a winning option in the portable Bluetooth speaker market. Of course, it's hard to ignore the $99 G-Project G-BOOM, which is a monstrous speaker with a tiny price tag; if you're looking for portability, though, it's not the best option. The $99 Ultimate Ears Mini BOOM is also another solid contender, but after careful consideration, I think the Outdoor Tech Turtle Shell 2.0 is the better buy. The Mini BOOM sounds marginally better, but isn't ruggedized, and has a directional speaker (so if you're not facing it, it doesn't sound nearly as good). The TS2.0's omnidirectional design and ruggedized exterior earns it the title of most bang-for-your-buck at this price point in the ultra-portable speaker market right now.