Sony, LG, and Razer all announced fitness bands at this year's CES, but we shouldn't let this distract us from the options already on the market. The Jawbone Up app has been available on Google Play for quite some time, and now the company is bringing support for its newer Up24 band to Android via an app update. 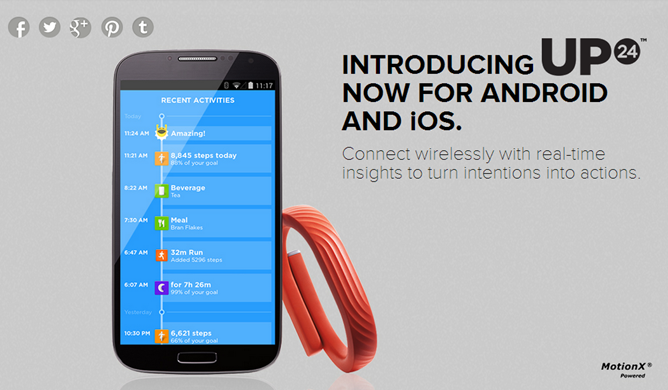 UP24 support was previously an iOS-only affair. Now Android users can also buy the band and use it to track movement, sleep, and challenges all with an interface that's bright and vibrant. The app can send a silent alarm to your Jawbone Up24 band to wake you up at the most appropriate time or fire off idle alerts reminding you to move after periods of inactivity.

At $149.99, Up24 is $20 more expensive than the previous model. It has a battery that should last for seven days and looks like it will work with any Android device supporting Bluetooth 4.0.

You can find the Up24 fitness band and the updated app below.