We've got more choices than ever when it comes to launchers, including Google's own search-infused option. The top third-party launchers have been mostly the same for the last year or two, but Inspire Launcher is a head-turning new option. It's based on the stock Android 4.4 launcher, but it has a GNL vibe with bright colors and some neat features.

The icon for Inspire Launcher offers a little preview of what the app is like – it's colorful, flat, and kind of funky. It supports the transparent system bars on KitKat, of course. There are some neat features that I'll get to shortly, but I think my favorite thing about Inspire is just the general vibe I get – it's kind of tropical. You can control the color of text, folder backgrounds, and more. Inspire also supports custom icon packs designed for Nova/Apex, along with a few of its own (optional) custom icons. I won't blame anyone who isn't into the icon surrounds, but they can be turned off. 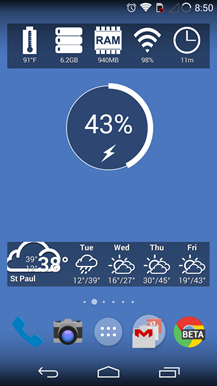 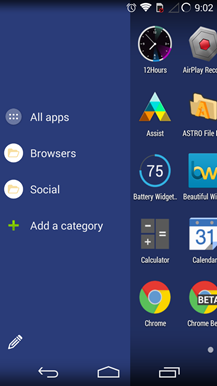 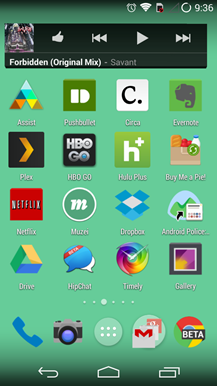 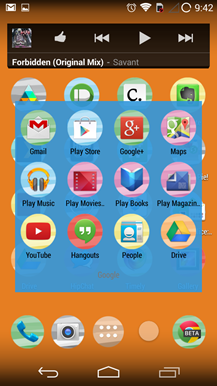 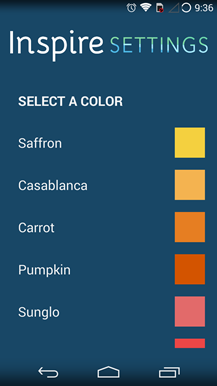 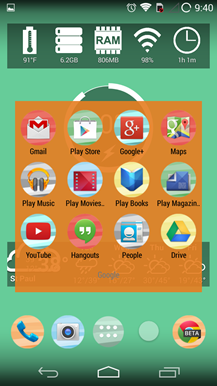 That's just scratching the surface of the visual stuff you can do with this launcher. There are tweaks for opacity, grid size, and transition effects as well. Inspire can do most of the things Nova or Apex can do, but it does them a little differently. I feel like there's perhaps less fine-grained control in Inspire, but this is a brand new launcher.

Like GNL, you have a configurable number of home screens that fit the icons and widgets you decide to place on them. Instead of having a Google Now panel on the far left (which isn't possible in third-party launchers right now) there is a "Genius Page." It's a sort of enhanced search interface that does local device search as well as passing queries off to Google. You'll also get settings toggles and recent apps listed in this area. Of course, you can still access Google Now/search the old fashioned way when using Inspire. The Google Search bar on the home screen can be removed for a little extra space. 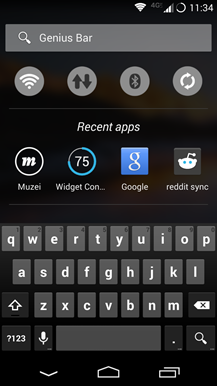 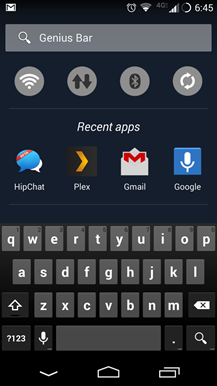 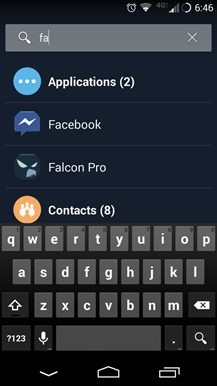 Another nifty set of tweaks comes in the app drawer, where you can create custom categories in a slide-out panel on the left (a little like the navigation pane in apps). Transition between categories is a little slow right now, but again, this is a very new app. There's an option to password protect apps through Inspire, but it's not super-secure. You can still switch launchers and access the apps, but most people won't consider that.

Inspire Launcher pushes a feature called IntelliUI, which I assume is going to be more fleshed out in the future. It offers a 'good morning' notification with weather and event information (a little buggy for me), as well as automatic background rotation throughout the day in the colorful Inspire style. It's not a make-or-break sort of feature, but it's interesting. 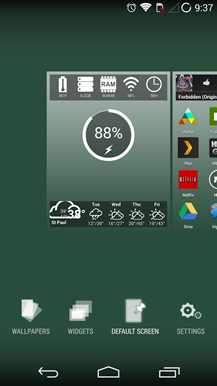 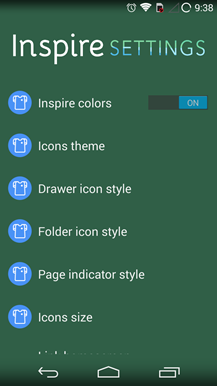 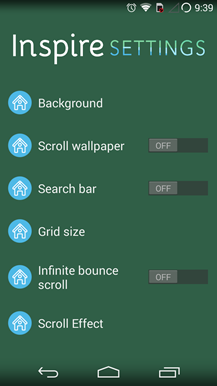 Inspire Launcher is not Nova or Apex – those apps do still have more features and options. The developer also goes to great pains to indicate features from Nova and Apex aren't going to be ported over to Inspire just to bring them to parity. Inspire has an impressive feature set for being so new, but don't expect the world just yet. It's getting updated crazy-fast with fixes and feature tweaks, but it'll take time. I like Inspire Launcher and will be interested to see how development proceeds.

Inspire's basic feature set is available in the free version, but an in-app purchase (about $6) unlocks the full list of features.