Welcome to the latest entry in our Bonus Round series, wherein we tell you all about the new Android games of the day that we couldn't get to during our regular news rounds. Consider this a quick update for the dedicated gamers who can't wait for our bi-weekly roundups, and don't want to wade through a whole day's worth of news just to get their pixelated fix. Today we've got a game about nuclear stockpiles, a mixture of hack-and-slash and music gaming, a trio of interesting puzzlers, and a licensed soccer game. Without further ado:

This game illustrates the futility of nuclear war... by putting you in charge of a nuclear war. You control a world power in a simplified version of Risk, and by simplified, I mean that all the armies are replaced with intercontinental nukes. That said, the presentation is slick, even if the mechanics themselves are pretty simple. Here's the twist: the point is to show the pointlessness of the mutually assured destruction rhetoric. A portion of sales go to ICAN and Green Cross Switzerland.

Pick one of the big nuclear players – from known Superpowers to an upstart hellraiser like North Korea – and plan your strategy wisely: Limited but clever options let you as the leader of your superpower steer your nation’s fate: Expand to other countries, build bombs or debuild in order to restructure your arsenal. Or use research to widen your options, such as: Ability to act quicker and build bigger bombs, better recon on your enemies actions, automated self-defense-sequences and many more. Barbarian may not have many elements that are new to the hack-and-slash genre, but it does have bags and bags of style. Our hero Brad plays solos on his axe (that's not a euphemism, it's an actual axe) to summon friends and creatures, repelling the bad guys and generally kicking butt. There isn't much point beyond surviving to fight in the next level, but action-RPG fans should get a kick out of the unique humor.

Use your magical axe-lute to summon followers to fight for you. Navigate your party through the hordes of enemies, dodging and attacking, preventing them from destroying your town's prized decorative crystal. Survive waves to progress, collect loot, and unlock new units. Upon death you are able to visit the town shop in order to upgrade Brad, the town and your followers, in hopes to make it further next time. Over 75 different upgrades are available, plus a total of 12 unlockable units.

Match-3 puzzles, 8-bit style, and some odd modifiers make up Block Legend. You're a typical RPG hero who travels and fights via a giant Bejeweled puzzle. For some reason. There's actually a surprising amount of story crammed into the varying locations, but the real draw here (over, say, Puzzle Quest) will be the impressive 8-bit visuals, animation, and chiptune music.

• Fun puzzle tile-breaking gameplay.
• Huge selection of heroes to choose from.
• Tons of monsters to fight.
• Take down powerful bosses.
• Visit multiple regions.
• Over 100 quests to complete.
• Unique adventures every play through.
• NO IAP.!.! 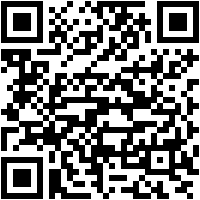 OLO is kind of like a super-simplified version of shuffleboard or bocce ball. Bounce your circles off the other circles and get them into your opponent's endzone - that's about it. The game is designed to be played locally on opposite sides of a tablet or smartphone, using table tennis-style singles and doubles play. Online multiplayer and Google Play Games support is included. You can also pick this one up in the latest Humble Bundle.

The original finger-flicking board game, now available on Android. OLO is an addictive game of skill and strategy, a new generation social board game for all ages. Play with up to three friends or play online against anyone, anywhere.   The aim is to get as many of your OLOs into your target zone. Use cunning techniques to outmaneuver your opponent and claim victory, but beware the death finger. 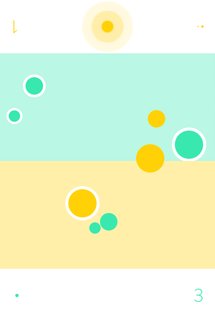 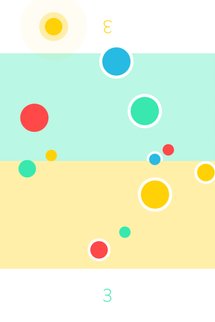 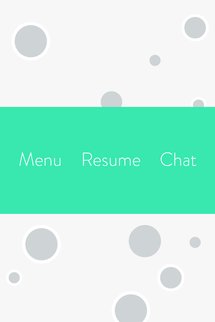 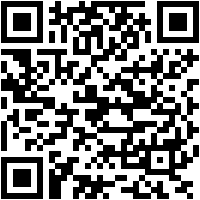 There's not much to say here: Tetris + shaped puzzle = Puzzle Bits. Move the Tetris-style blocks onto the base to make the shape, and you win. Free with ads (plus in-app purchases) and 500 levels.

A whimsical puzzly thing, with bits that go boom. Place the colorful pieces in the right spots to complete a puzzle. If you succeed, the puzzle will explode into tiny bits, which then recombine into a new challenging shape. 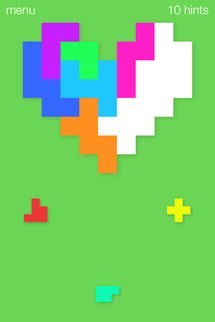 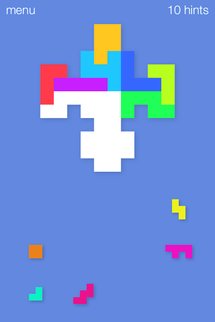 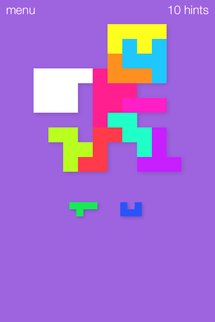 I have just enough British friends to know that "Footy" is about the same as "pick-up" and Cristiano Ronaldo is a popular soccer player. So consider this game something like Backyard Football (or futbol) - a simplified version of the game for quick, easy matches and/or young players. There are limited numbers of teams and locales, but it should be more than enough for some casual fun. Parents, watch out for that level-up IAP.

Cristiano Ronaldo Footy. - The official football game from team Ronaldo. Show off your Football skills in a spectacular 3D action football (soccer) game. There are new Leagues to climb, powerful special moves, customizable teams, and much more. Four unique football stadiums to choose from as you play your way through the leagues. Now's the time to start your career and your march to greatness to be the words best footballer of all time.