WhatsApp, the incredibly popular messaging service recently acquired by Facebook for 19 Instagrams dropped an update for Android users today, bringing the app up to version 2.11.186. The update brings to the Play Store features beta users have enjoyed since version 2.11.181 earlier this month.

Users who grab the update will enjoy new privacy settings for "last seen," profile photo, and status (allowing users to limit who can see each), a camera shortcut (a 1x1 widget for quick photo capture), and several other UI improvements. Here's the full list of changes:

One of the most interesting new features is the ability for users to pay for each other's WhatsApp subscriptions. For those unaware, WhatsApp is free for a year, after which the service asks a meager $0.99 payment per year to continue service. Android users are now able to pay for their friends' subscriptions on Android or other mobile platforms including Windows Phone, Blackberry, and iOS. 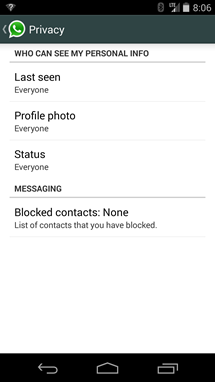 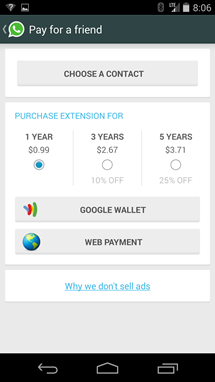 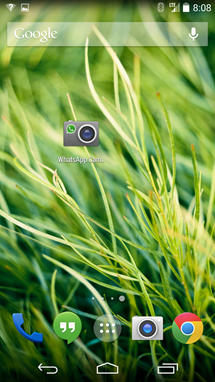 If you're already a WhatsApp user who hasn't been getting the apk directly from WhatsApp's website, hit the widget below. If you're not a user, but want to see what all the fuss is about, now's a great time to check it out.