The Amazon Appstore doesn't have the available selection that Google Play has, but it's hard to complain when it's willing to give away a different free app each day. Actually, no it isn't, not when the time comes to update said app and the process won't initiate because it's over 50MB and you're on a mobile data connection. Any higher than that, since version 2.3 hit (though the limitation was even lower before then), has been a job for WiFi. Well, now that changes. Amazon's finally willing to let us blow through as much of our mobile data connection as we wish. 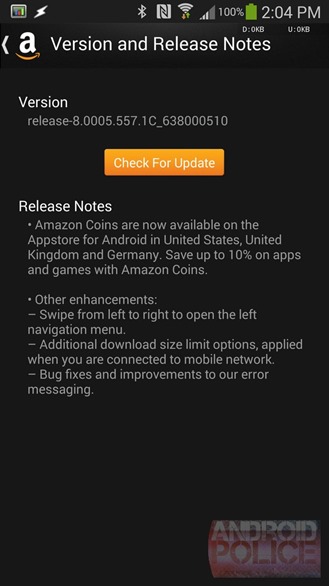 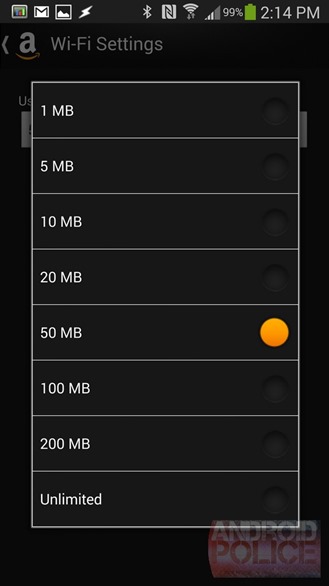 Most of us don't have access to unlimited data connections, so it's understandable why Amazon would default to this limitation. However, users should have the option to exceed it, and now we can. Amazon is allowing for restrictions ranging from as low as 1MB to as high as 200MB, or you can strip away the limitation entirely. The choice, at last, is yours.