360-degree video. Next to the holodeck, it really is the holy grail of next-generation viewing. The possibilities are seemingly endless - can you imagine a 360-degree video drone copter buzzing around a basketball arena or providing live coverage of a protest in a foreign land? A submarine wading through the depths, giving you the complete ability to pan around the undersea world? And unlike 3D or other crazy video tech, you don't even need a special TV - just a way to control the current area of focus in the video. You could even play it back on a smartphone, couldn't you?

A company known as Finwe was demoing just such a technology at MWC in Barcelona last week, and as the video above should fully convince you, it's pretty damn incredible. Utilizing a cluster of, essentially, 12 GoPro HD cameras glued together and then stitching the resulting files into a 360-degree panorama (done using a discrete piece of software), Finwe showed a fully interactive 6K (!) video playing on a Nexus 5. Utilizing the gyroscope, you can tilt and pan around the video in a full 360 degrees in a proprietary playback app. You can even pinch to zoom.

You can actually check it out for yourself right here in an earlier form, via a demo app published on the Play Store last year by Finwe - it's kind of incredible. 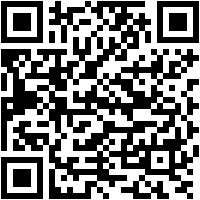 I wouldn't call the technology demoed in this particular app perfect - you do get some odd distortion around the fringes of the demo videos, but I imagine this will be a matter of fine-tuning and refining the compression / stitching process in the future. Regardless, it's hard not to watch this and think "yep, that's the future."

For the full experience, though, you should join the Kolor beta program (device support is, unfortunately, very limited for now - my Galaxy S4 just crashes the app), which allows you to test the latest iteration of Finwe's technology designed for playback on mobile on an all-new app with more video demos. Kolor is partnered with Finwe, presumably marketing the technology into actual products. Here are the instructions to join the beta:

There are some more demos on this website if you want to get the full effect on a big display. The proprietary player isn't perfect, but it relays the concept well enough.

For more info, check out Finwe's website, as well as the press release published by their partner Kolor.