Pandora hasn't added any dramatic features to the music streaming app since the big interface change and Chromecast support, but they have been putting in small but noticeable changes on a pretty regular basis. Today's update to version 5.2 focuses on expanding some of the latest functionality to tablets and expanding the sleep timer and alarm clock. 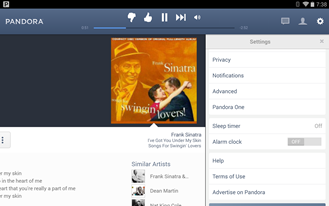 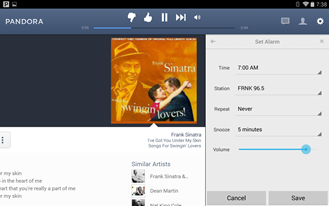 First of all, both are now available on the tablet interface, which is handy for anyone who uses their tablet as a bedside companion. For all versions, the sleep timer can now be adjusted in increments of 15, 30, or 60 minutes, which is still a bit limited as these things go. The alarm clock has also added a snooze function, a vital feature for musical procrastinators. 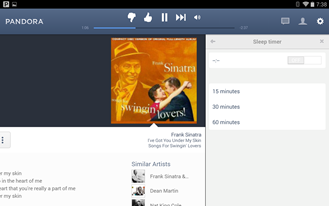 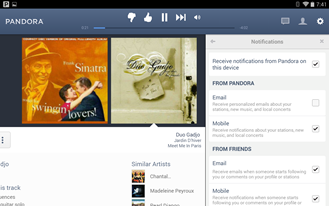 Pandora is also playing up musical additions to its portfolio, not unlike Spotify and Google Music do via email. On-device notifications now include new music tracks added to the database, at least if they fit in the musical parameters of your current stations. You'll also get notifications when your friends follow new Pandora users or leave new comments. If you just want the music, you can disable the notifications altogether by un-checking the option in the slide-out menu.

Other than that, it's the same old Pandora. As always the app is free (none of the new features requires a Pandora One subscription) and available for just about any Android device.