Ever since the Chromecast came out, we've been wondering when an official screen mirroring feature would show up. Rather than wait, Koush is already working on that with the Mirror beta app. The functionality is limited right now, and of course, is still only accessible to those in the beta program. You might want to check it out, because Koush has pushed a new version with preliminary support for Chromecast mirroring. 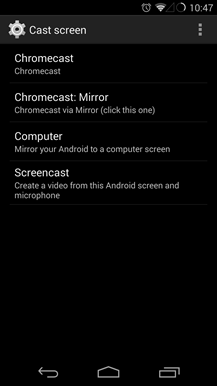 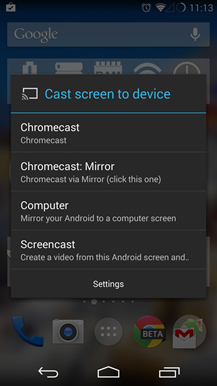 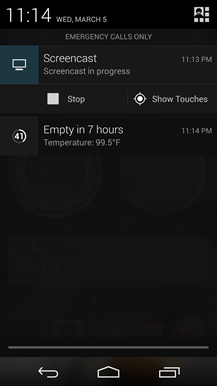 The original feature set of Mirror included recording a screen capture video and mirroring to an Apple TV. Now you can send your screen to a Chromecast or the Chrome browser, but only if you're using a rooted Nexus 5. This will expand later to other non-rooted devices, but the Nexus 5 is the only phone with a hardware VP8 encoder. It makes sense to start there.

The rest of the app is just "regular beta," but Koush describes the Chromecast stuff as "super beta." Just make sure you know what you're getting into. I took the app for a spin with the Nexus 5 and it did indeed work. The image was a bit sluggish and it crashed at one point. This is to be expected – Koush plans to clean Mirror up and get it ready for a real release in the not too distant future. Remember, you need to join the G+ community and the beta if you want to try Mirror.