First and foremost, Text-to-Speech 3.0 adds support for high quality voices. Just how drastic the difference is in day-to-day usage in various apps remains to be seen, but as far as file sizes go, we're talking about a jump from 5-6MB to 200+MB. The female English UK voice is a whopping 276MB. 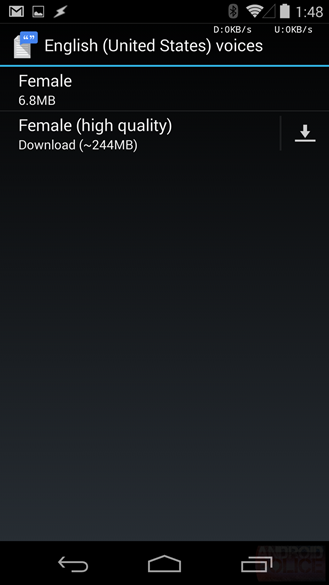 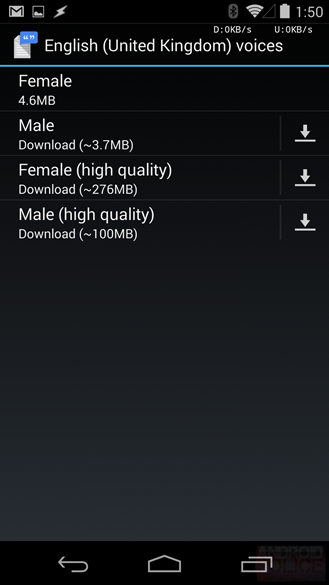 Update: I have tested the new high-quality languages in Google Search, and the results are mixed. Responses vary based on the questions asked - for example, "what is 3+2" seems to be streaming speech from the server, and while it does honor the language you choose in Search's settings, it doesn't use local TTS at all. I had male English UK selected, but the result came back in female English UK.

However, something like "what is my next appointment" does use the new voices, with one pretty big caveat - as it turns out, loading such large voice packs could take up to 10 seconds even on a Nexus 5, which means the voice output could be severely delayed the first time you run Search after a reboot. Google has a lot of room for optimizations here, that's for sure.

Oh, and for whatever reason, Google Maps ignores the TTS settings altogether, it seems.

Did you notice in the screenshot above that English UK is no longer limited to the default female voice? You can now select regular or high-quality variants of both female and male voices.

The list of supported languages is going up - v3.0 adds support for Portuguese (Brazil) and Spanish (US). 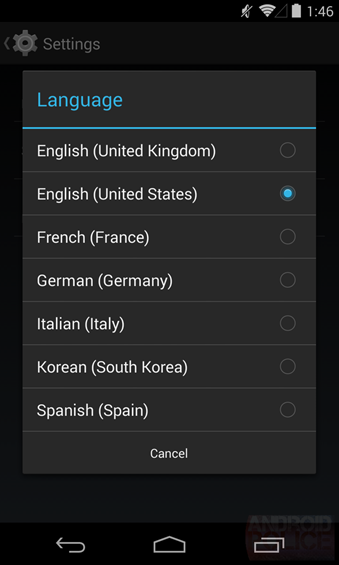 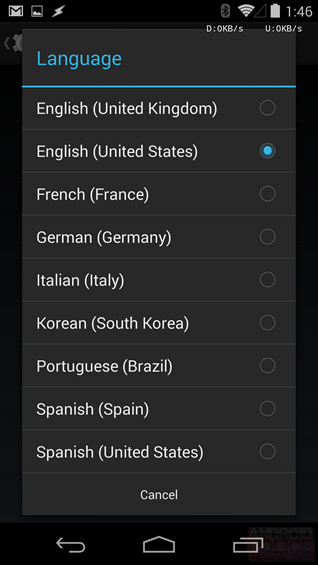 Thanks to the addition of multiple voices per language, a toggle has been added to each voice with 2 or more downloaded voice packs. This way you can switch between them on the fly.

The previous UI was much less flexible and only allowed downloading and deleting of 5 languages, as demonstrated below. As you can see, the Delete button has been replaced with a more elegant trash can.

As you probably already noticed, voice pack sizes are now visible, whereas the previous UI simply offered a Download button without any extra info. 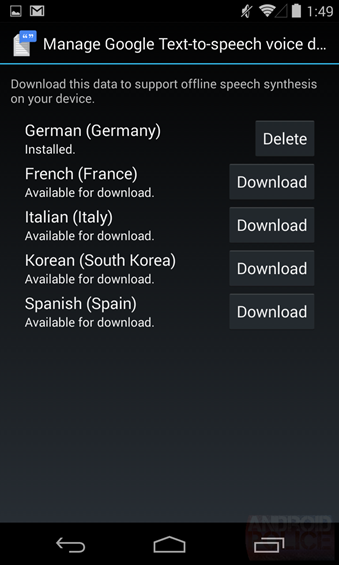 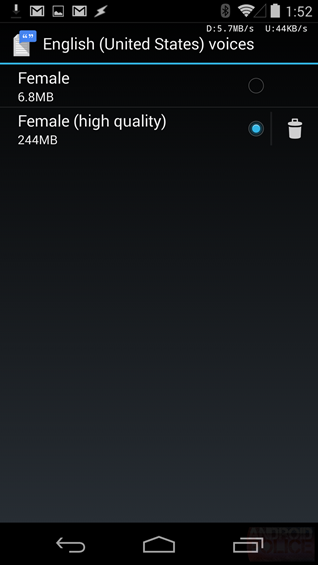 If you notice anything else I may have missed, don't hesitate to let me know. I also welcome any feedback regarding the quality of new high-quality voices in real-world applications. Do you hear a big difference? Are you psyched about the sexy male English UK voice? Let it all out.