February is the shortest month of the year, and it also happens to contain the biggest Android-related tech conference, Mobile World Congress. Between the two of them, you might think we'd be short of good games this month. On the contrary - February has given us one of the better crops of high-quality and diverse Android games we've seen in quite a while. Here's our pick for the top seven, in no particular order, with some honorable mentions thrown in for good measure.

Out There is a space game where you play a lone astronaut, desperately trying to survive in the harsh depths of space. But don't reach for that plasma blaster just yet - this is a different kind of space game, with a focus on exploration, resource gathering, and survival. There's no real combat in Out There: your only enemy is the uncaring and cruel environment.

The game owes a lot to Steam darling FTL (which really needs and Android port, by the way) replacing the combat and crew management with crafting and story-based puzzles. It's your job to find enough fuel, food, and oxygen to keep going, while trading with a few uncaring alien species and uncovering some of the deeper mysteries of the universe. The 2D presentation plays out like an animated version of the Choose Your Own Adventure style.

Impressive atmospheric art and downright spooky music help sell the experience of Out There, making you feel alone in the void. If that sounds like a fun time to you, the game is four dollars.

The first game in this series was a surprising sleeper hit, combining sky-high technical presentation with impressive puzzles and a gloomy, spooky atmosphere for one of the more visceral mobile gaming experiences in quite a while. The sequel to The Room is back with everything you loved about the original, only more so. Graphics, sound, and challenge have all been bumped up a notch.

The Room Two has a strange mixture of flat-out gorgeous 3D visuals with solid puzzle mechanics: you'll have to keep an eye on the interactive environment to successfully navigate each stage, with new multi-location puzzles adding a deeper wrinkle. There's a surprisingly compelling core story as well. As you progress, you'll find out the motivations and goals of the mastermind behind the puzzles themselves.

The game is a reasonable $2.99, with no in-app purchases or gimmicks. You'll need a powerful device to run it as the developers intended, not to mention just under 300MB of storage space. Google Play Games cloud saves have been added, so you can play on multiple devices without having to retread over levels. It's a rare thing to find a game that respects the old-school action platformer mechanics without devolving into a basic endless runner (or tripping up on the free-to-play model). Swordigo is such a game, combining the relatively simple play style of Ghosts 'n' Goblins with the exploration elements of Metroid and Castlevania. There's also a heavy dose of Zelda in the game's simple story and visual style.

You play a young man cruelly cast out of his village, destined to find an ancient evil and save the world from yadda, yadda, yadda. You know how this goes: make it through each level alive, killing everything in your path with your trusty blade and a few magic blasts. You'll be able to upgrade your weapon, defenses, and magic as you progress, and you'll need it, because even with the tight touchscreen controls this game is hard.

Despite a few frustrating physics-based elements and simplistic 3D visuals, Swordigo is a worthy addition to the digital library of any platforming fan. At the moment it's a free download with no in-app purchases, which is a steal, since the iOS version is still three bucks.

We probably won't be getting the fantastic Mark of the Ninja on Android any time soon. Crescent Moon's Shadow Blade is a nice substitute, a 2D platformer that attempts to capture the soul of classic ninja-themed games like Shinobi and Ninja Gaiden. You are Kuro, a young man of great expectations... so long as those expectations involve running really fast, jumping on walls, and slicing innumerable bad guys into their component molecules.

Shadow Blade is more blade than shadow, eschewing the stealth elements of this particular sub-genre for all-out action. You jump effortlessly from platform to platform, dicing enemies and dodging bullets, collecting nebulous energy that lets you upgrade your weapons and equipment. A hook shot, throwing stars, and other generally stylish ways to draw blood will fill out your inventory. In case you're wondering, this definitely isn't for kids. 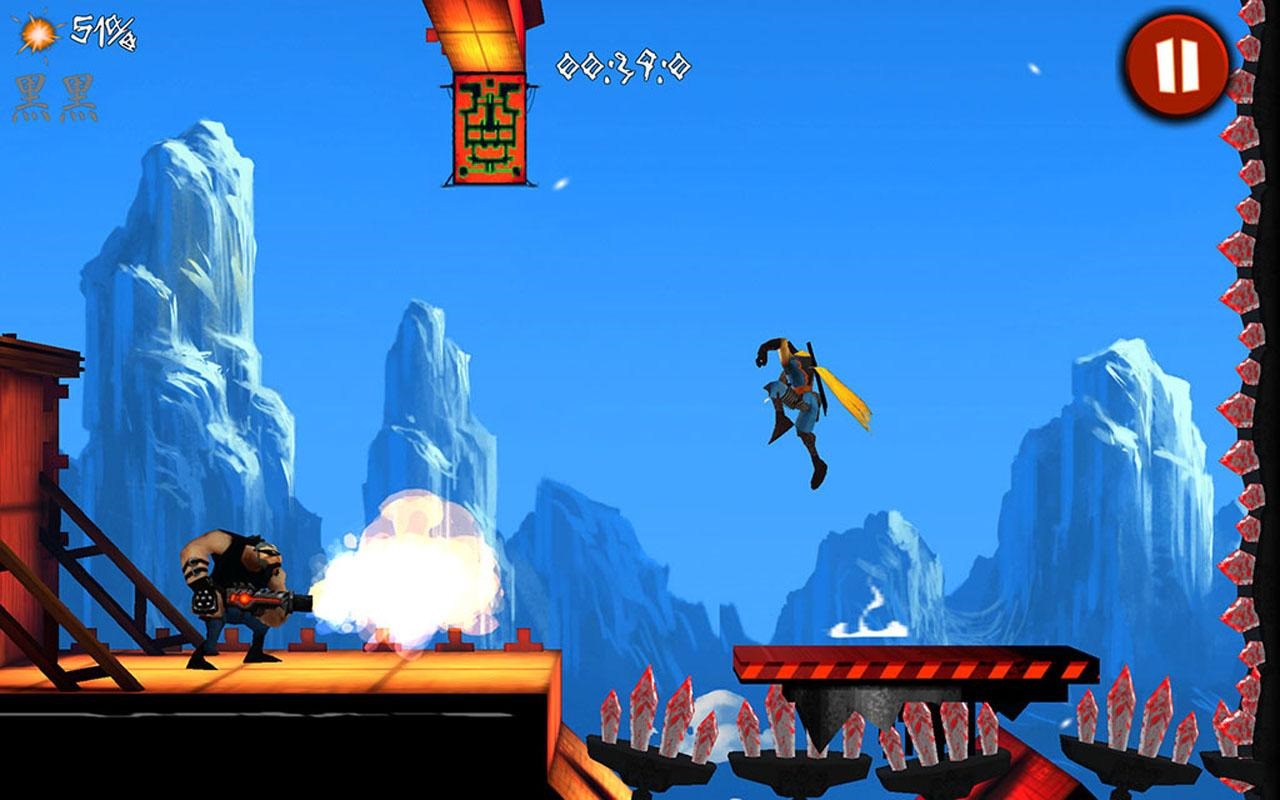 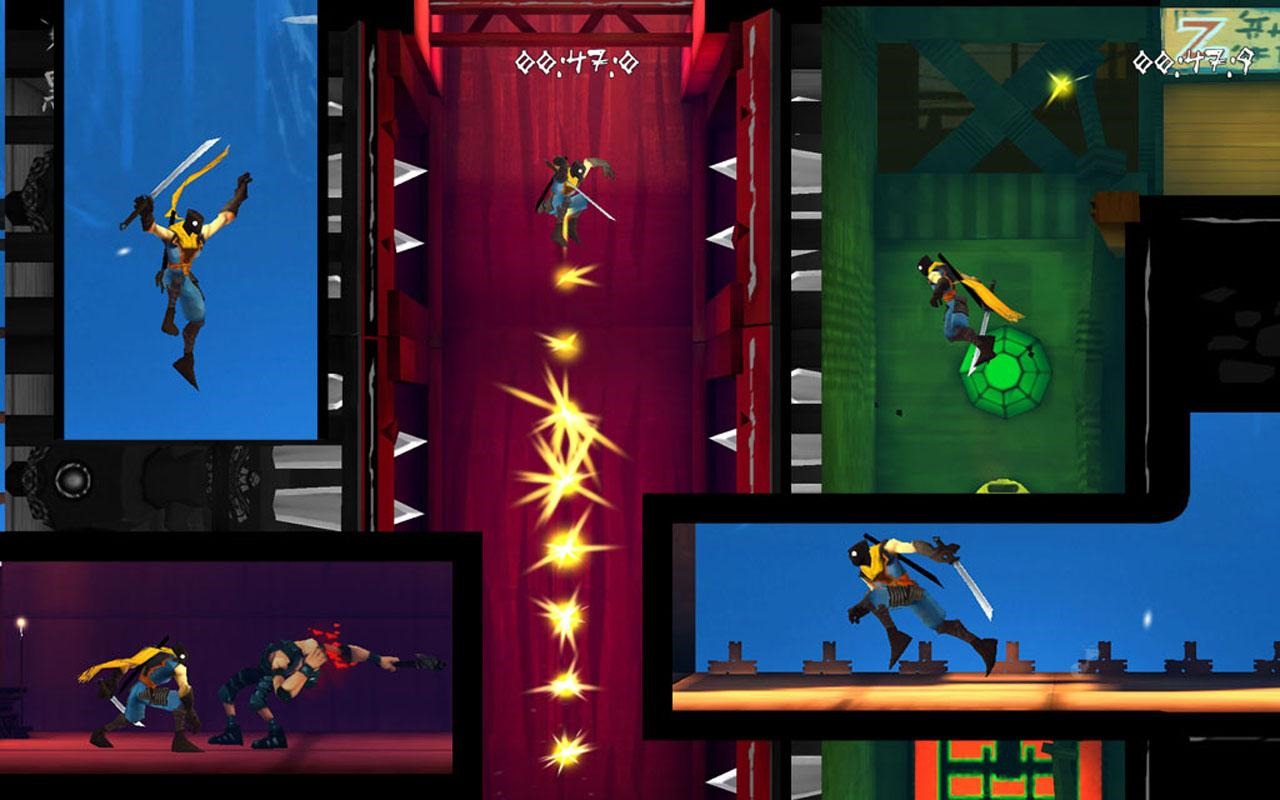 The 3D graphics are colorful and stylish without being too resource-intensive, and the tap-and-swipe controls should make slicing through the levels enjoyable even on a touchscreen. Shadow Blade is a free download, with a single $2 in-app purchase to unlock all the levels. 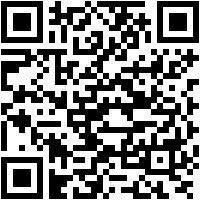 The Colin McRae series has a storied past on consoles, offering impressive presentation and technical challenge to hardcore racing fans. Now you can play the original PlayStation game on your Android device, complete with realistic cars, tracks, and voice-over. It's not for everyone - if you insist that your race cars have nitrous boost, look elsewhere - but those looking for a deep experience should be satisfied.

Of course, translating such a tight game to Android requires a few sacrifices. The physics engine in particular has been loosened up, with steering that's a lot more "floaty" to accommodate touch controls. True racing fans can add a MOGA controller, but there's no escaping the fact that the experience has shifted from the original game. The 90s-era graphics haven't aged well, either - there are plenty of racing games on the Play Store that look better. 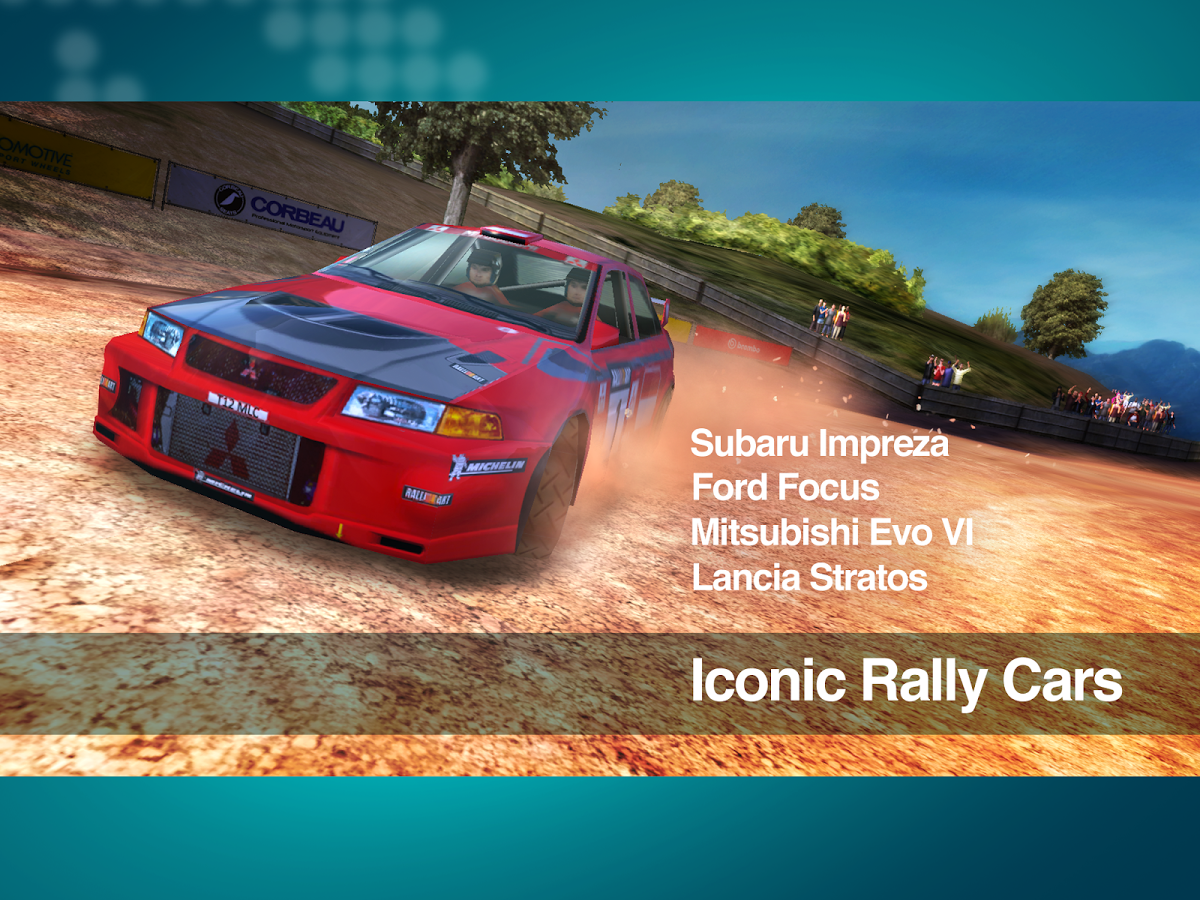 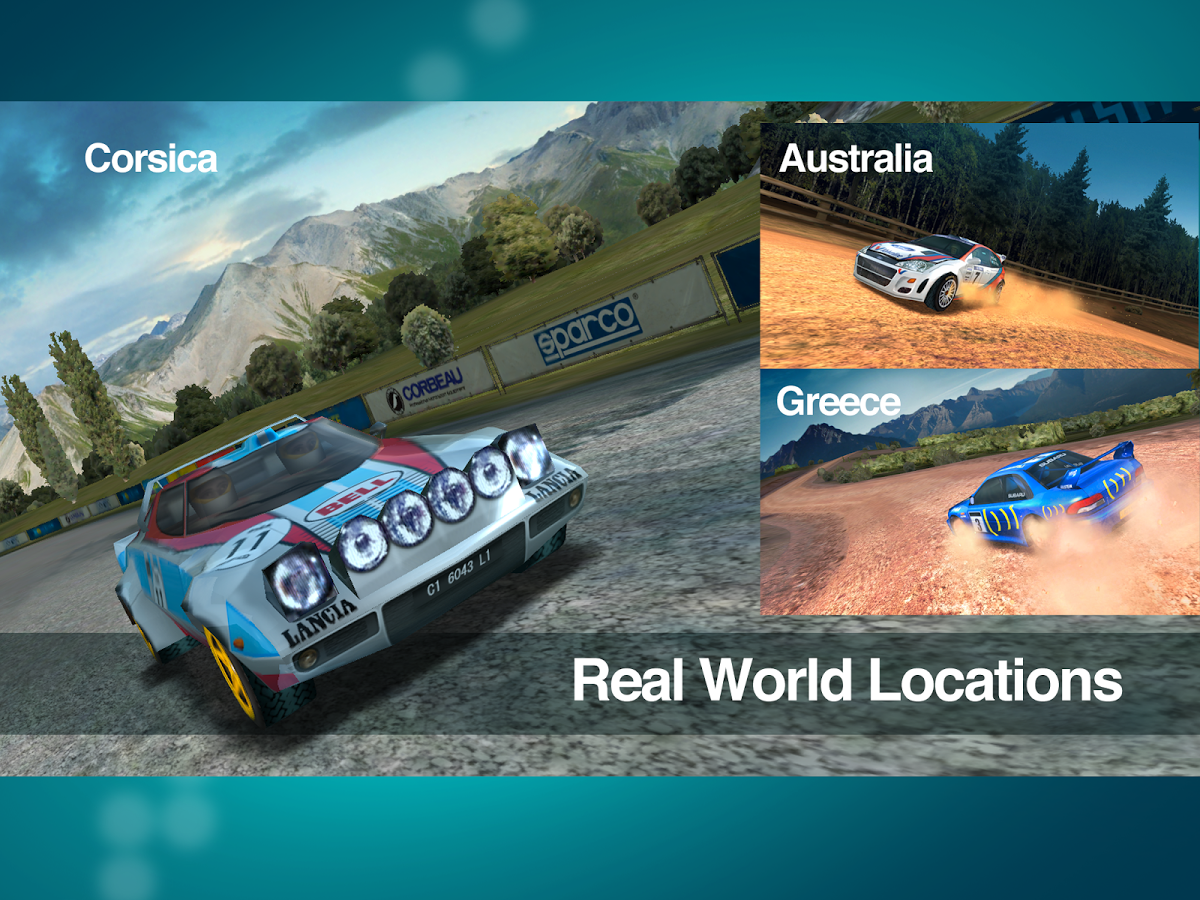 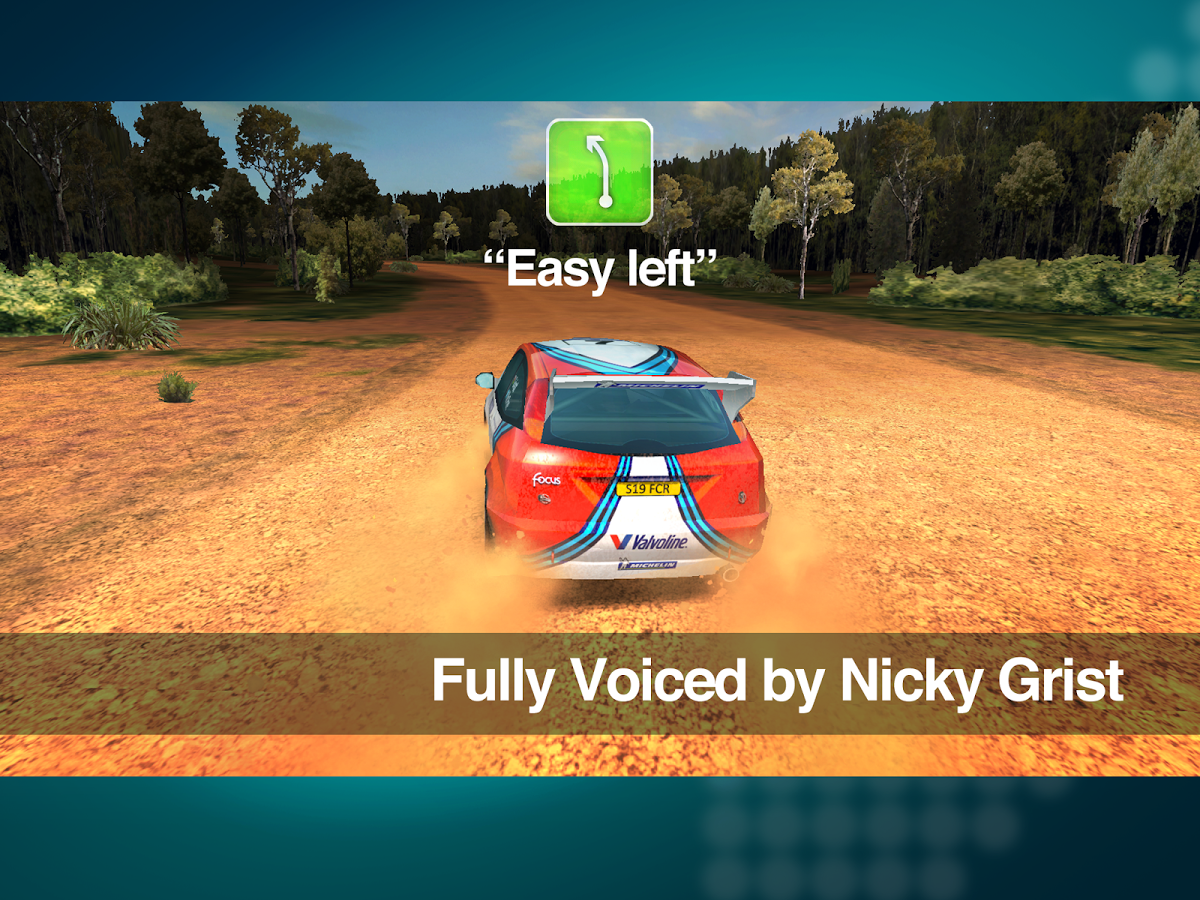 That said, it's hard to complain about a classic racer that doesn't pull any punches. Colin McRae Rally is a pricey five bucks, but it includes zero in-app purchases: buy it once and race as many cars and tracks as you like. Authentic navigation narration from Nicky Grist is icing on the cake.

If you're looking for a strategic multiplayer game that's deep on tactical thinking without all the frills, Pathogen is for you. It's more of board game than anything else, but the local and online multiplayer means you won't be wanting for an opponent no matter where you are. Even if you're not in the mood for a head-to-head battle, there's a single-player mode to tide you over.

Pathogen mixes the simplistic style of Go and Reversi with the attack and defense elements of Chess, throwing in shifting boards to keep the environment fresh. You'll have to work quickly to expand your own territory while keeping safe from the advances of one, two, or three extra players. The game's not for everyone - Call of Duty fans can safely ignore it - but it's a deep experience for anyone who values substance over style.

The game is three dollars, and includes a level editor and sharing system, because relying on the boards included by the developers is for chumps. There are no in-app purchases in Pathogen. 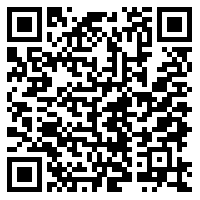 Usually a "card battle game" on a mobile platform means tired turn-based strategy and lots of pushes for in-app purchases - see Rage of Bahamut and just about every licensed card game out there. Card City Nights is different: it's a card game, yes, but that's really just an excuse to tell the whimsical adventure story of a kid who wants to be the best. It's like Yu-Gi-Oh, but less insufferable.

Don't be mislead - there's no multiplayer here, just a lot of story-based battles with the computer. These are more engaging than you might think, thanks to a colorful cast of characters in the Adventure Time mold. You advance both the story and the card-battling mechanic by collecting booster packs and altering your deck, adjusting strategies for every new opponent. 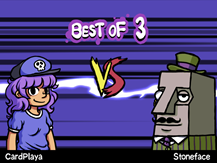 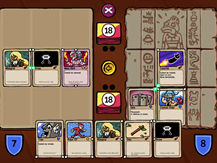 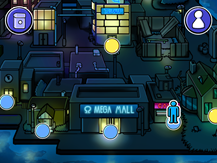 If you don't like Magic-style collectable card games in the first place, you won't find much of interest in Card City Nights. But if you've been playing these games for years, it's a refreshing take on the genre, both in terms of story and strategic elements. The game is two bucks with no IAP, and it's also available on Steam for the PC. 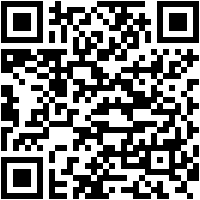 That's all for February - don't forget, the web version of the Play Store has a nifty new in-app purchase indicator to let you know which games use the IAP model at a glance. As always, keep your browser on Android Police for the best gaming coverage around.