It seems we're awash in fitness and activity trackers of late, and Kickstarter has been home to a number of such devices in the past year. FlyFit, another such product, just surpassed its $90,000 funding goal this morning, so backers should hopefully be seeing a product at some point.

FlyFit's primary claim to fame is that it's a fitness tracker designed exclusively to be worn around the ankle, as opposed to the wrist. This, FlyFit says, allows it to more accurately track activities a normal fitness band may not be able to, such as stationary exercise, a la elliptical or bike machines. 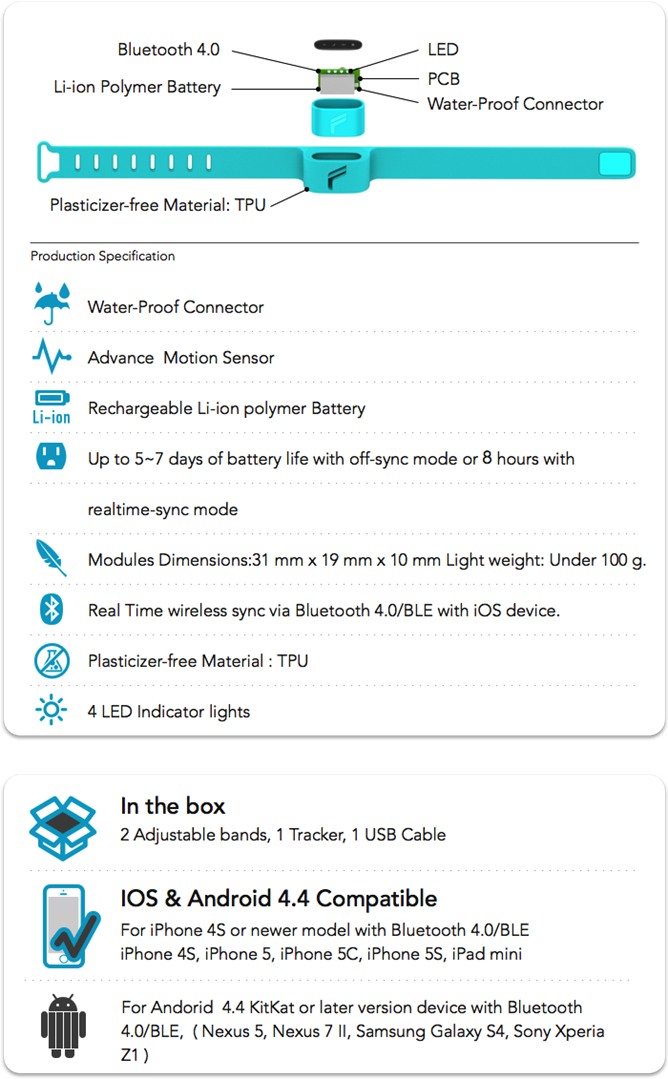 FlyFit is designed to track four activities specifically: walking, pedaling, stair climbing, and swimming - that's right, it's 100% waterproof. The device will track sleep, too. FlyFit also uses Bluetooth to sync with your smartphone in real time, as opposed to relying on desktop sync software or other methods to communicate with your smart devices. It's also modular, meaning you can have several different bands of various colors, and simply pop in the core piece to whichever you please, a major request, I've found, for users of such products.

The interesting claims go on, particularly for cyclists - utilizing a paired smartphone with GPS, FlyFit can estimate your cycling speed, distance, and real-time position. The fact that it's around your ankle means it can also measure the number of completed pedal cycles, as well as the RPM of your cycling. That's actually pretty neat, if you ask me. 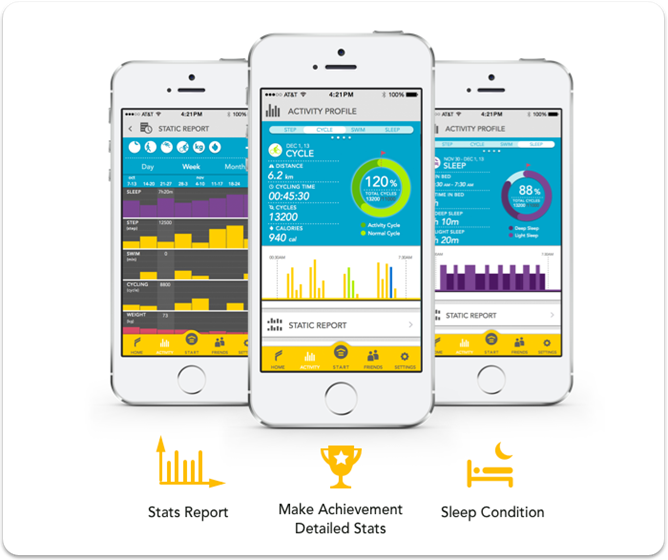 For now, the only app mockups are shown in iOS, but FlyFit specifically says their product will work with Android 4.4+ devices (Bluetooth Low Energy, aka BT Smart, support is required).

One thing of some concern is the battery life. With BT LE turned off (so, no real-time tracking), FlyFit will last around 8 days, which isn't bad at all. With the real-time sync Bluetooth mode turned on (monitoring more advanced stats and sending them to your phone), that drops rather staggeringly - to 8 hours. Enough for a few days of workouts, to be sure (probably), but it does show just how small that battery probably is.

Either way, FlyFit is an interesting product, and hopefully one that will come to fruition in a timely manner - the company plans to ship hardware by August. Stretch goals include the development of an open API at $180,000, while $500,000 will fund the development of fitness-based games designed around the FlyFit.

Head over to the Kickstarter page to learn more.