Google has been buffing up the capabilities of the Chromecast as of late by opening up app access with the SDK, and it looks like even first-party apps are getting in on the action. The latest release of the beta version of Chrome for Android adds in Chromecast capability for YouTube videos. Theoretically, it should work for any standard HTML5 video as well. Now you don't need a laptop to cast web videos to your television. 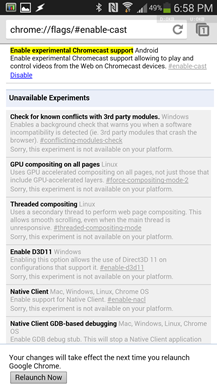 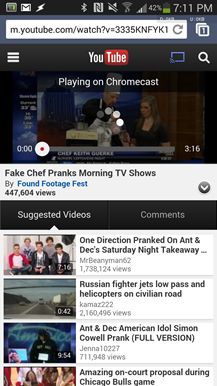 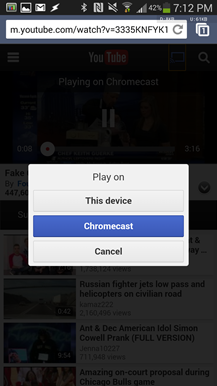 In order to enable the new functionality, you'll have to do a little digging. Open Chrome Beta and type "chrome://flags/#enable-cast" in the URL bar. From there you should be able to manually turn on the experimental feature. Relaunch Chrome Beta and it should be active. Now head to YouTube and check out a video, making sure not to launch the stand-alone YouTube app. You'll see the square Chromecast icon overlaid onto the video, just like on any compatible video app. 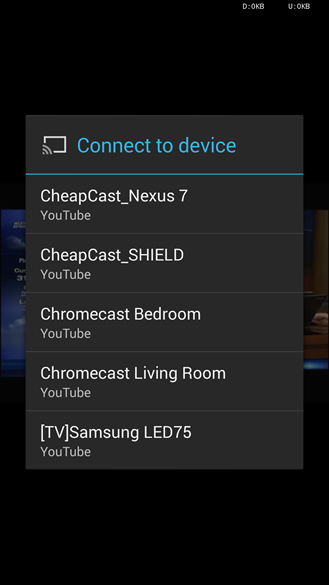 The experience is best on YouTube - a little testing shows that the casting function isn't reliable on more general HTML5 videos. Trying to cast a Vimeo video from Chrome Beta only worked after the video was set to fullscreen, and the icon didn't appear at all on a DailyMotion video. (DailyMotion actually crashed Chrome Beta at least once.) Casting from Chrome Beta is just generally buggy at the moment, but of course a few issues are to be expected. This is a beta release, after all, and Google isn't going out of its way to highlight the feature yet. 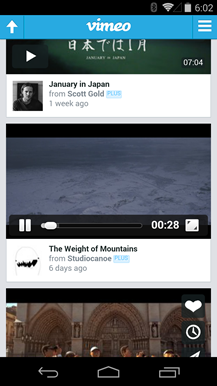 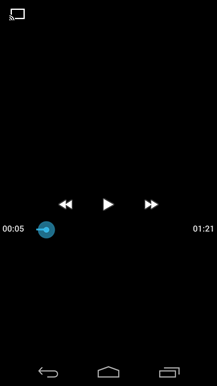 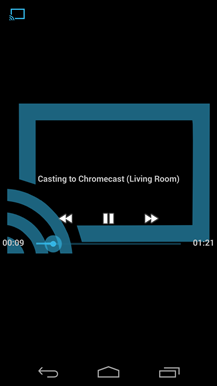 This should be a boon to regular Chromecast users - aside from not needing a laptop or desktop PC to stream from the web, you may not need site-specific apps to stream videos either. Once this feature hits the stable version of Chrome, it should be much easier to use.