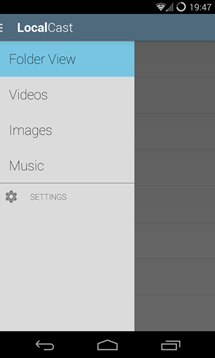 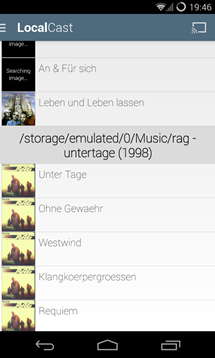 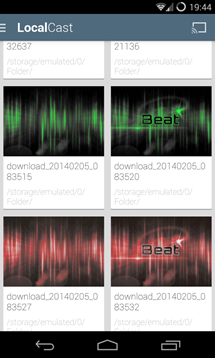 The app's latest update has added the ability to connect to network storage via Samba and cast files from them straight to Chromecast. The feature works, though there are some issues. Chromecast doesn't support all video or audio codecs, and while LocalCast technically isn't to blame for the formats it can't play, it doesn't help you figure this out. You will have to experiment manually, staring at an endless spinner until you realize it isn't going to work. Here's Google's list of what your Chromecast should be able to handle.

Samba streaming also takes a little longer than casting files locally. The app creates a pass-through server, transferring files to your device first before sending them to the Chromecast. This adds to the amount of latency you can expect, especially with high bitrate videos.

Neither of these issues are deal-breakers, and they don't counteract how cool the new functionality is. LocalCast definitely gives competitors a run for their money, especially when you consider its clean and polished UI. Just note, it comes with ads by default, but paid options starting at $1.38 are available to get rid of them.