Welcome to the latest entry in our Bonus Round series, wherein we tell you all about the new Android games of the day that we couldn't get to during our regular news rounds. Consider this a quick update for the dedicated gamers who can't wait for our bi-weekly roundups, and don't want to wade through a whole day's worth of news just to get their pixelated fix. Today we've got a fancy space combat simulator, a gilded physics game, a simple snowboard trick-fest, and an endless runner with a twist. Without further ado:

If you're looking for a new take on StarFox for your Android phone, look no further... and before you ask, yes, you can do a barrel roll. This simplified space combat sim puts you behind the controls of a variety of upgradeable fighters and a few stationary turrets in the service of a sci-fi story. Beyond Space is single-player only, but the developer is talking up the game's advanced AI, and the colorful 3D graphics might be worth the price of entry alone.

If you love pool for the geometric challenge rather than the booze and mindgames, check out Gentlemen... Ricochet. This physics puzzler lets you fling balls around levels to collect stars and bounce off of objective markers, all with a whimsical gilded age motif. It's a free to play game, but there are no in-app purchases (you might notice an ad or two instead).

Gentlemen... You are cordially invited to the (once) great town of Smallbridge, known for its unique sport: Ricochet. Meet the townsfolk who will challenge you to play their very own Ricochet tables. Every table is a fun combination of skill and physics based puzzles. Think you can best the most experienced creators of Ricochet tables around and amass all the trophies? 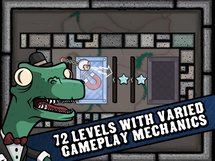 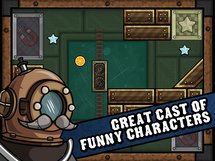 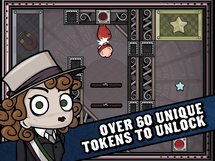 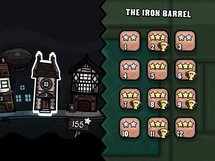 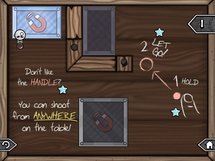 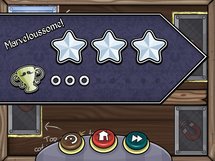 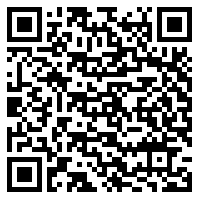 After a rush of over-produced winter sports games trying to cash in on Sochi, it's nice to see one that's just trying to be fun. Cubed Snowboarding is an isometric trick-fest filled with improbably steep dips, jumps, grind rails, and quarter-pipes just begging to be exploited. It's a simple little title that only asks you to get the most points per run. Fans of SSX should be pleased.

Crash into snowmen, grind on railings, launch off halfpipes and go careening off of cliffs in this fun, fast, little, retroish 3d game! 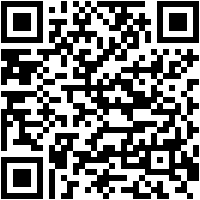 Endless runners come in two flavors, generally speaking: 2D (like Jetpack Joyride) or 3D (like Temple Run). Greedy Dwarf mixes up the standard formula by incorporating both 2D and 3D gameplay in levels that can shift the perspective. The rest of the game is pretty standard runner fare, though some of the animations (where the titular dwarf hangs by his fingers from an upside-down cart) are entertaining.

Get ready for the seat of your pants wild ride of your life - on a minecart. You know, they called me stupid when I "borrowed" gold from the ol' hag in the forest. They called me mad when I stole the big Cyclop´s gold pouch. They called me crazy when I grabbed that golden tooth from Cthulhu. I wonder what they'll call me when I find the Fat Dragon´s chest? You can call me greedy, I don't care.