The IMDb app is an immensely useful piece of software to have installed on a mobile phone. I don't open it often, but once I'm in the mood to hit up the local theater, there's the app, just ready to serve me the latest trailers, movie showtimes, and ticket prices. The beta version of the app has reached 4.2, and it's tidying things up a bit. Options that were crowding up the Action Bar have now been moved into a slide-out navigation menu. 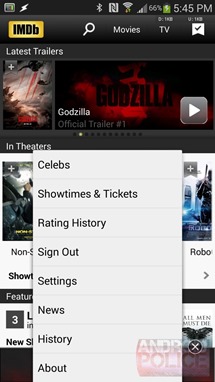 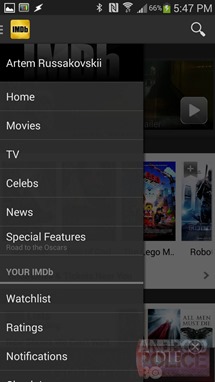 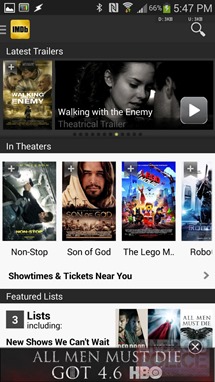 One before, two after.

On devices without dedicated menu buttons, extra settings are still available via the Action Bar. Yet the list is much cleaner now, as you can see by comparing the list of items below to those offered in the first screenshot above. 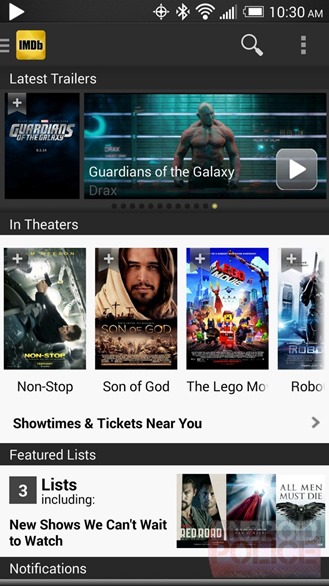 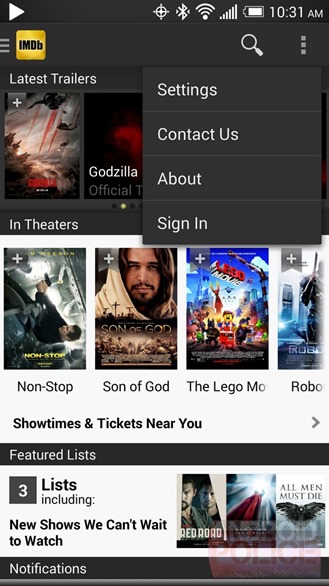 To get your hands on the beta, you need to join the IMDb Google+ community beforehand. Here's our guide that should get you up in running. After that, you can get the app from the Play Store below.

We Will Stand Up For Free Speech