If you're a fan of source code (and who isn't?), you might be excited to know HTC has released the code for Power To Give. The Power To Give initiative was officially announced a few days ago at MWC with its corresponding app in the Play Store. Today, the HTC Dev portal posted a full source drop of the project, including the app and various platform-specific versions of the server code. 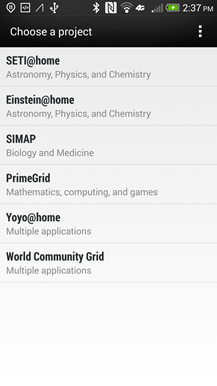 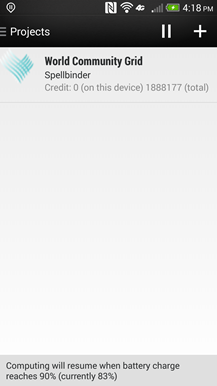 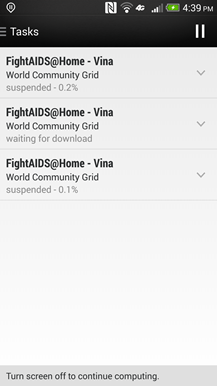 Power To Give is based on BOINC, the Berkeley Open Infrastructure for Network Computing. It was designed to be a single application through which multiple organizations could automate the process of delivery, computation, and reporting of work units. Some popular and well-known groups using BOINC include: [email protected], PrimeGrid, and my personal favorite, World Community Grid.

Getting to the source code package isn't quite as easy as a single link. Unfortunately, you have to go through the HTC Dev portal manually or you will be automatically redirected to HTC's main website. Simply start at this link, and change the criteria to: Device = (leave it alone), Carrier = Generic, Region = WWE, Android Version = (leave it alone), and switch the radio button to Other. Hit Find Files and you should see an item with the description, "HTC PTG (Power To Give) Application Open Source Code."

The 204 MB zip file contains 3 packages: boinc-htc-open, common-ui-open, and htc-power-to-give. If you're interested in the server platform, protocols, and some of the client API, check out boinc-htc-open. For the actual app, you can look straight to htc-power-to-give. There might be a few issues getting the app code set up correctly in Android Studio, but it imports and builds cleanly with the latest version of Eclipse.

It's always good to see more open source software out in the world! Even if you aren't in the mood to muck around with code, take a look at HTC Power To Give and donate some CPU cycles while you sleep.

Glass XE14 Delayed Until It's Ready, Promises Big Changes And A Move To KitKat