Searching for a restaurant that can satisfy everyone's culinary preferences isn't particularly easy on a smartphone's data connection. The process typically involves searching for a specific website, hoping there's a mobile version (nope), and searching around for a menu. Now Google's rolling out a feature in the US that should streamline things a bit. Just search Google for the menu and watch it appear as the top result. 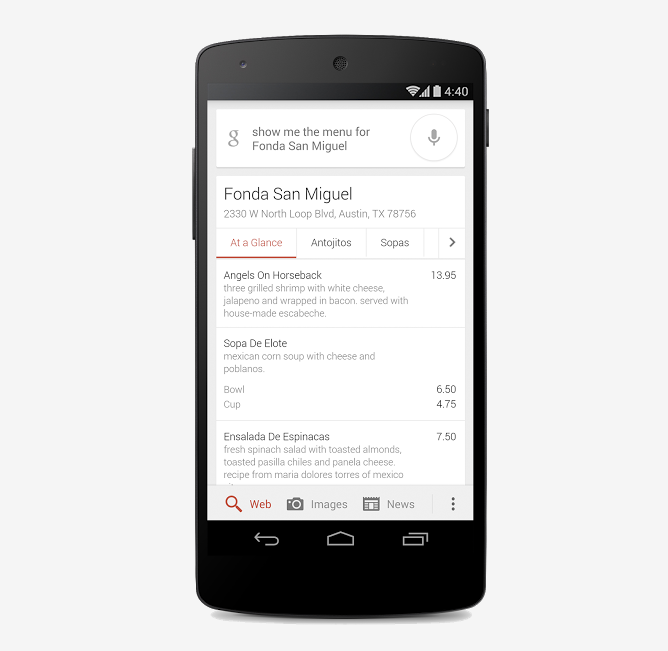 The menu comes complete with tabs for accessing different parts of menu, such as appetizers, entrees, and desserts. As you can see in the image provided, it helps to be a little bit demanding and insist that Google "show me the menu for" when looking for food.

The feature appears to be active immediately, but it may take a while before it supports the majority of restaurants around you. I had success searching for the same "Fonda San Miguel" restaurant provided in the screenshot, Pizza Hut, and a local Chinese place, but I had no luck with searches for Burger King, Chipotle, or Olive Garden. Right now the feature is more cool than useful, but hopefully that changes soon enough.