We're all excited by the prospects of Project Ara, Google's upcoming lick-and-stick modular phone that will essentially allow users to upgrade the device's hardware on the fly. Recently, one of the Ara team members showed off a non-functional model of the device at LAUNCH, which gives us a very good idea of how swapping components will work.

They waste no time getting right into the juicy details, so give it a watch. The total runtime is about 25 minutes, so there's quite a bit of info packed into the video:

Aside from showing off the modular aspects of Ara, they also get into pricing information, which of course has been a question for everyone. Fortunately, Google's goal is to keep Ara – which is noted to be called Google Ara in the video – as affordable as possible. The endoskeletons (which are the base of the entire phone) should run about $15 a piece since they don't do much outside of allowing all the other components to talk to one another; modules, of course, will vary in pricing but are still said to be "affordable."

Speaking of the "endos" as they call them, there will be three sizes at launch: a mini, which looks to be about the size of an iPhone; medium, which is probably a "standard" Android phone size of 4.7ish inches (that's a guess); and a larger, phablet-esque size that is approximately one-third larger than the medium endo. The best part about the three is that all modules will be completely interchangeable between them, so you could theoretically have all three endos and switch your phone size from day-to-day (or even hour-to-hour, should your fickleness desire it). 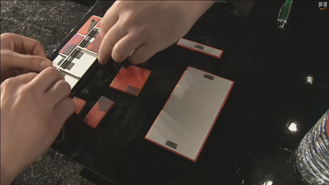 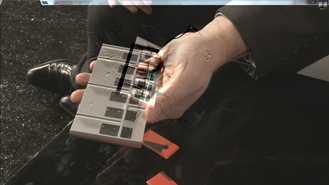 While Google hopes to have its own official store to provide modules, the company also plans to allow external sources to offer their own modules. It's actually likened to the way Android handles apps: the Google Play Store is the official channel for application distribution, but if a users wants to install an app outside of Google's ecosystem, a simple toggle in the settings menu is all that's needed. Ara modules are said to work the same way.

That's really the meat and potatoes of the information found in the video, but there are a ton of little details here and there. It's definitely worth 25 minutes of your time to check it out. This is fascinating stuff, and something that will be a reality in the consumer world quicker than we realize.