A few days ago SanDisk announced a new microSD card packing a substantial 128GB of memory. This is the first memory card of its size to hit the market, twice as large as what was previously available. The product, announced at this year's Mobile World Congress, launched at $199.99. Now it's already available for just $119.99 on Amazon. 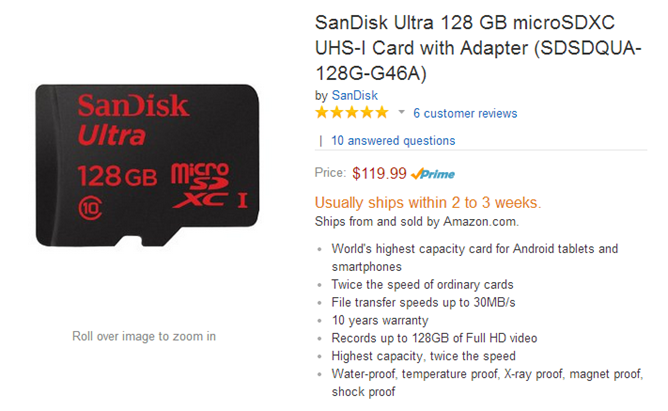 This isn't a universal price drop. The product is still going for $199.99 at Best Buy, the other retailer who picked offered it a launch. The MSRP will likely go down once competitors start bringing 128GB cards to market, but that could take time, so if you're in the hurry to greatly expanding the amount of memory in your mobile device, it looks like jumping on this deal may be your best bet. Shipping is free, but the card will take at least two or three weeks to reach your doorstep.

[MWC 2014] Hands-On With The New YotaPhone: An Interesting Idea Gets Some Much-Needed Polish