One year ago we took a look at the original Grand Memo, ZTE's mid-range entry in the bustling "phablet" market. Fast forward and ZTE is back at Mobile World Congress, showing off a new and improved version called the Grand Memo II LTE, that's better in every way... but still not really good enough to elicit a "wow" of surprise. Check out our hands-on video below.

The Grand Memo II bumps up the screen size to 6.0 inches, putting it squarely in between the largest of the conventional smartphones and low-cost tablets. The screen looks fine - nothing outstanding, nothing particularly bad - but it has a resolution of just 720p. On a phone this size, 1080p really starts to show benefits, so it's disappointing to see ZTE cheap out here. That said, it might be a necessity of the market segment.

Underneath the hardware is a mix of disappointing and high-end: the Snapdragon 400 processor gave a few definite hiccups under the load of KitKat and ZTE's extensive UI additions. 2GB of RAM should let you handle plenty of simultaneous apps, and the 13MP rear camera 5MP front-facing cam are much better than you usually find in the mid-range. 16GB of storage is standard, but disappointing, but at least you've got the option to add a MicroSD card. The battery is an impressive 3200mAh. 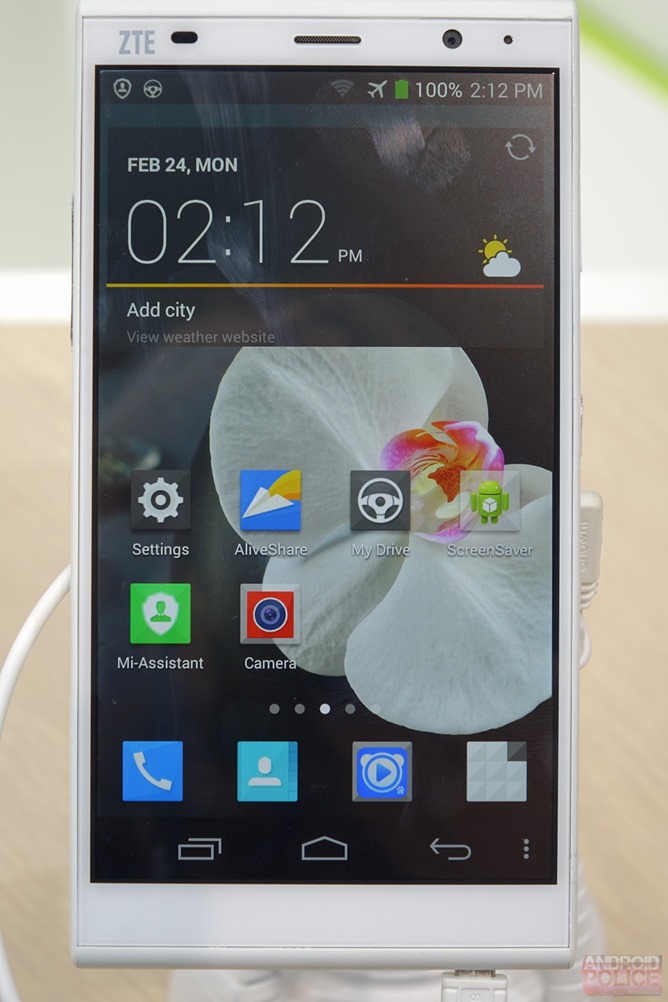 The build of the phone itself looks cheap, and that's a generous statement. The version being shown off at Mobile World Congress is full of visible seams and clunky design elements, clearly marking it as a non-premium device. The standard front curves into the rear panel, where a faux carbon fiber pattern catches the light only just enough to prove it's there. (There was also a black version available.) My least favorite thing about the device is that the SIM tray and MicroSD card tray are obvious, and it's possible to confuse them with the volume buttons. Even worse, you'll have to use a tool to access both the SIM card and the MicroSD card, an unnecessary hassle.

ZTE's interface left a lot to be desired as well. Despite running Android 4.4, the design of the software overlay is such that it's hard to figure out where anything is. A tabbed Settings menu, a non-obvious app drawer icon, and a notification tray that's too "busy" are big drawbacks in my book. And someone please tell me why you would feel the need to include standard Android navigation buttons, complete with a stock visual style... then swap the Recents and Back buttons? 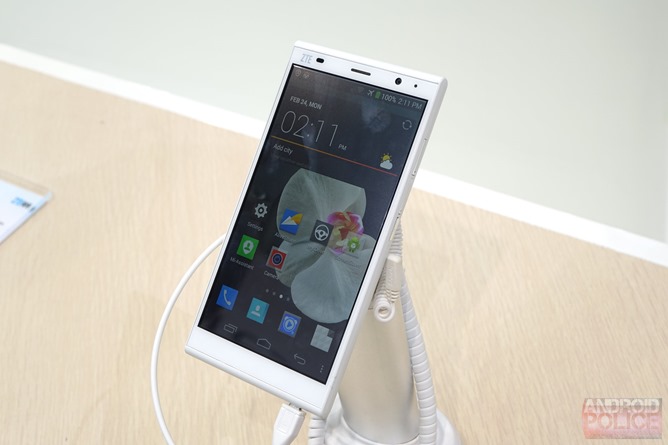 All in all, there's not much reason to recommend the Grand Memo II LTE in its current form, even with KitKat, a big battery, and a thin body. Perhaps ZTE will tighten it up before release, but it's unlikely too see American shores (where carriers seem to ignore ZTE for all but the most low-end devices) in any case.