Sony is showing off its own take on Google Glass at Mobile World Congress, and while the current name, the SmartEyeglass concept, doesn't flow as well as Google's, it already looks less weird. The company has managed to cram an accelerometer, compass, brightness sensor, embedded camera, microphone, and other bits of hardware inside a bulkier but otherwise normal-looking frame. 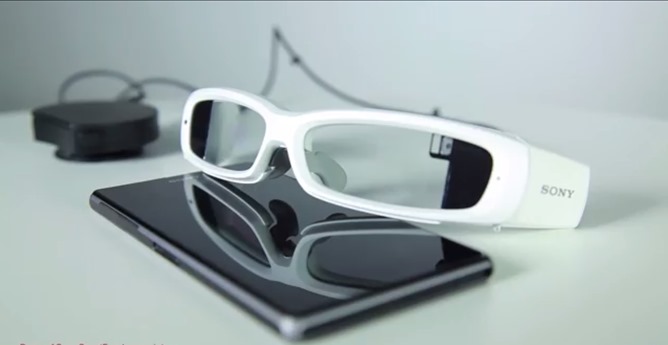 The company first unveiled the product at CES, and details remain scarce. Unlike Glass, this device uses a separate controller with a touchpad, power, navigation, and camera buttons. Like Glass, the Sony SmartEyeglass concept aims to provide non-intrusive notifications and useful information right before your eyes. Picture an arrow pointing you in the direction of your destination, whether indoors or out. You can also read text messages or snap a picture, just as you've come to expect from Glass.

Sony plans to release a developer SDK down the road, but there's no word yet on when to start looking around for it, nor is there information on a consumer release date. Yet even though there isn't much to see for the time being, if Sony can pull off the concept in a form factor that otherwise looks like a normal pair of shades, they might just have a winner here.

[Update: Winners] Win One Of Two NVIDIA SHIELDs From NVIDIA And Android Police