Samsung is mere hours away from announcing the Galaxy S5 to complement those new Gear smart watches, but it seems a few devices are already floating around the show. The leaked images show off a phone that looks very much like the Galaxy S4 with some Note 3 influence. 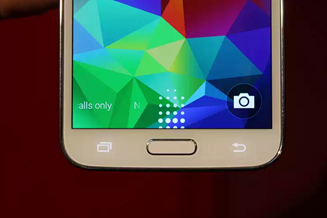 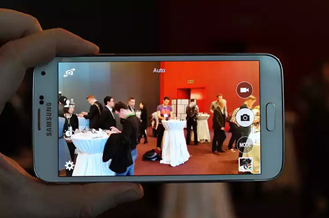 The back has a loose dimple pattern, not faux-leather like the Note 3 and Pro tablets. There is also a large camera sensor, flash, and another sensor of unknown identity. The front looks almost exactly like the GS4, except for the inclusion of a multitasking button instead of menu (yay). The edge has the same look as the Note 3, and there's a USB port cover.

The images don't tell us if the home button contains a fingerprint scanner, though it probably does. Likewise, we can't know exactly how big it is, but it appears to be at least a little larger than the Galaxy S4. We'll have to wait for the unveiling to get the specifics.