We can finally put the months of rumors to bed – Samsung just unveiled to Galaxy S5 at Mobile World Congress in Barcelona. We'll have hands-on for you shortly, but let's go over what Samsung is announcing first. 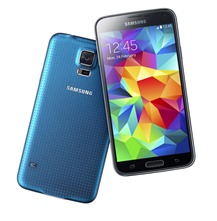 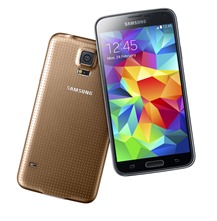 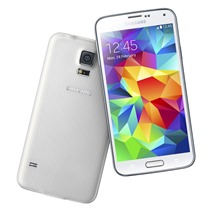 It's looking like some of the more outlandish rumors were way off base – the Galaxy S5 is not specced much differently than other flagship phones in recent months, and it's certainly not made of metal. It is running the Snapdragon 801, which makes it the first device announced with this chip. The 801 is a slightly up-clocked 800, so nothing to get too excited about. Here's the spec list we have so far.

The Galaxy S5 is bristling with sensors. In addition to the usual compliment of brightness, IR, and so on, there's a new heart rate sensor around back. Just place your finger on the inlay where the LED flash sits to take your pulse. There is also a new light sensor that can detect the environment and adjust the screen contrast and color levels automatically. As expected, the fingerprint sensor is in the home button and requires a swipe to activate. 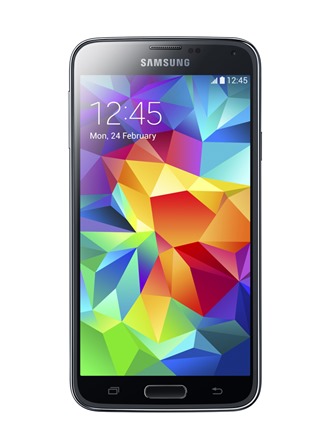 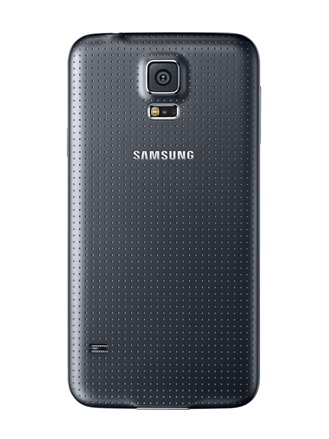 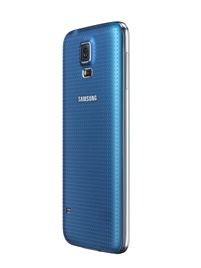 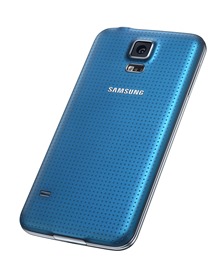 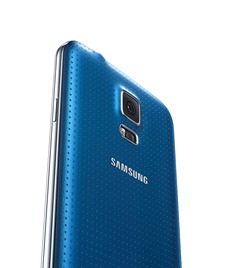 The rear panel is still removable, but the GS5 borrows a bit from the Galaxy S4 Active. There is a rubber seal around the battery door to keep water out, and the USB has a port cover. It's IP67, so it should make it through a rain storm or accidental drop in the sink just fine. The rest of the design again looks very much like the last Galaxy phone, so maybe next time we can just ignore all the crazy rumors? 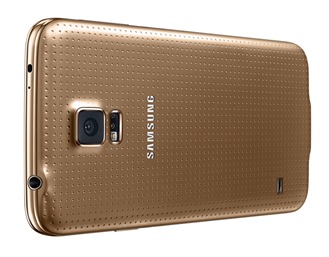 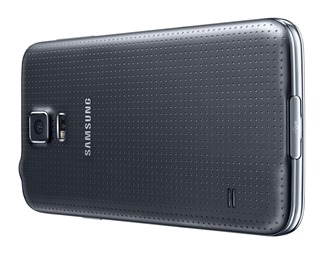 This device is also packing Android 4.4.2 with Samsung's customary TouchWiz interface. Samsung is pushing a new camera experience that it claims is easier to use, but still powerful enough to take advantage of that 16MP sensor. Oddly, we didn't see any of the Android interface at the announcement. Even the new Samsung hands-on video below doesn't show much of the software beyond Samsung's apps.

Pricing wasn't discussed, but it will probably be in-line with the Galaxy S4 at launch. It's coming to 150 countries on April 11th, including all major US carriers.