I've long had no issue admitting my inability to get excited about Sony's smartphone products. Often, they're too late to market here in the US, have specifications that while competitive are rarely groundbreaking, and really do very little on the software feature front. When I saw the Xperia Z1 at IFA last year, I just wasn't all that impressed - Sony's flagship still suffered from ridiculous screen viewing angle issues, and the UI felt almost no different from what Sony shipped with Ice Cream Sandwich. 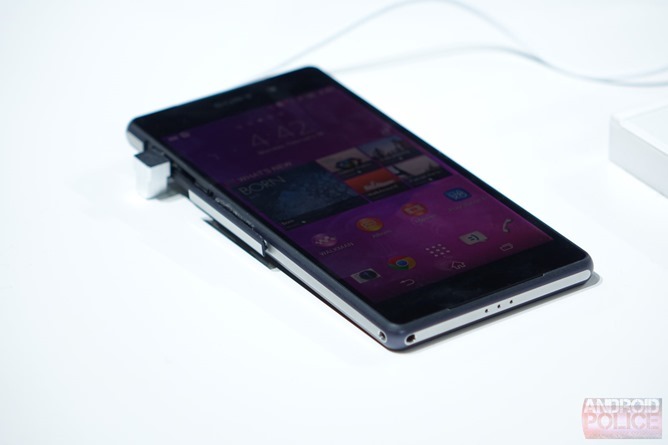 The Z2 addresses some of the Z1's weak points, but maintains its strengths - this could finally be the winning recipe Sony needs to compete with the Android smartphone big boys and get some deserved credit.

First off, the washed-out screen viewing angle issues are no more. They are simple not present - Sony has completely eliminated the problem. While there is brightness fade (exaggerated by Sony's CRAZY BRIGHT booth lighting) once you start viewing the display at an off-angle, colors remain natural, and more importantly, whatever's on the 5.2' LCD is still legible. And let's not mince words here: the Z2 is pretty, and pretty thin - it's even thinner (by 0.2mm) and lighter (by 12g) than its predecessor while also gaining 0.2" of display size. Bravo, Sony. 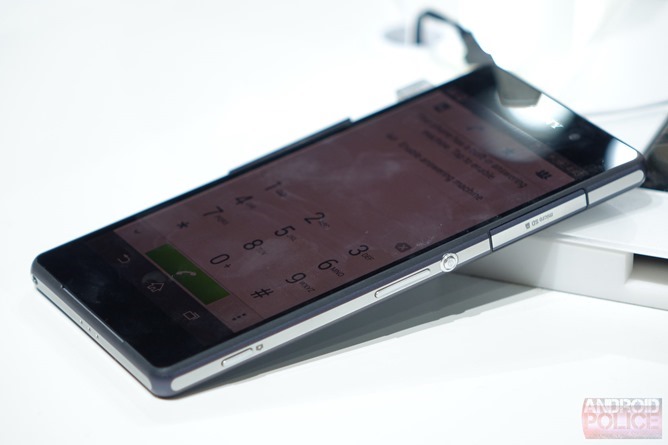 Another of the Z1's pain points was its somewhat weak bottom-firing speaker, which has since been replaced with dual recessed front-firing speakers in a stereo configuration. What I was able to hear over the din of the trade show floor wasn't what I'd call amazing, though I'd have to guess almost anything Sony's come up with here is going to beat the old arrangement. And, realistically, front-facing speakers on a phone really are just better in almost any situation. 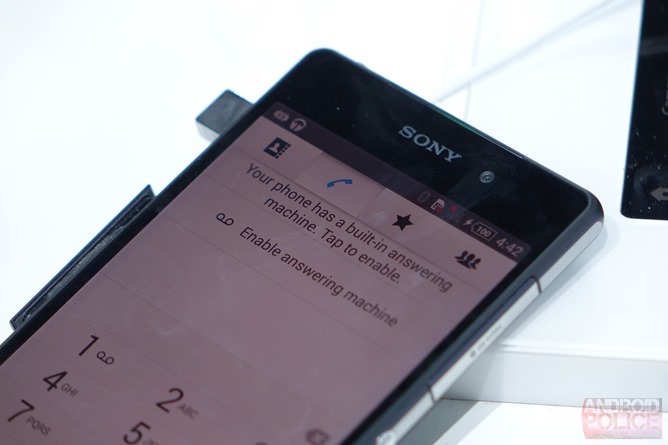 I didn't have time to go particularly in-depth with Sony's latest software UI overlay based on Android 4.4.2, but what I saw generally impressed me. Sony's actually made some significant changes (such as a sidebar on the left hand side of the app drawer) here after literally years with an increasingly stale UI. Granted, that old UI's basic aesthetic is still here, but things like KitKat's transparent navigation and notification bars have without a doubt given it a more modern, clean look. Sony's also cleaned the notification area up and implemented a Google-style 2-pane arrangement, where the second pane hides various quick settings while the main notification area is free of clutter.

The Z2 performed extremely smoothly in the few minutes we had with it - it's one of the very first devices to be announced with a Snapdragon 801 processor, though we'll have to see just what kind of comparative performance benefits that new chipset brings over the Z2's competitors. It does also pack 3GB of RAM, though, and that's bound to help multitasking performance. 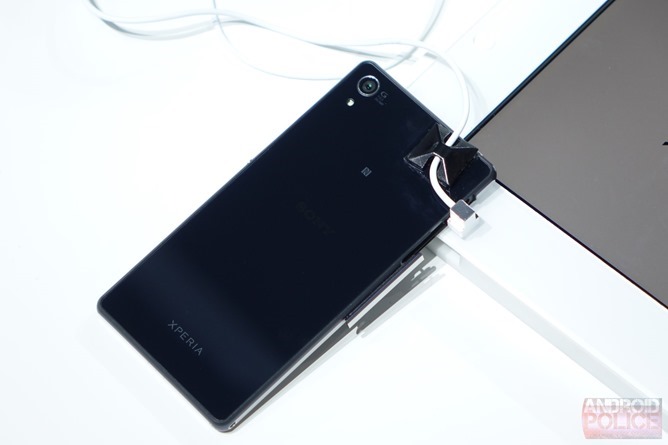 The camera remains largely unchanged from the Z1, apparently, though numerous camera software features have been added that we didn't have time to explore at the Sony booth this afternoon. If we take on a Z2 for full review, we will of course look at those in greater detail. Suffice it to say, the Z1 has one of the better smartphone cameras on the market (though Sony's smart auto modes really do suck - full manual is needed to get quality images), and Sony's had 6 months to make it that much better on the Z2. I can only hope they worked out the kinks with the smart / intelligent auto stuff.

Perhaps my biggest remaining gripe about the Z2 is, in reality, one of its most touted features - water resistance. You see, I don't actually like water-resistant phones, because port covers are evil. Sure, you can cut them off, but then they're kind of an eyesore because that covered microUSB wasn't meant to be exposed all the time and ends up looking weird, and on the Z2 it's even worse because now the SIM card and the mUSB share one big, happy port cover together. Hoorayugh. 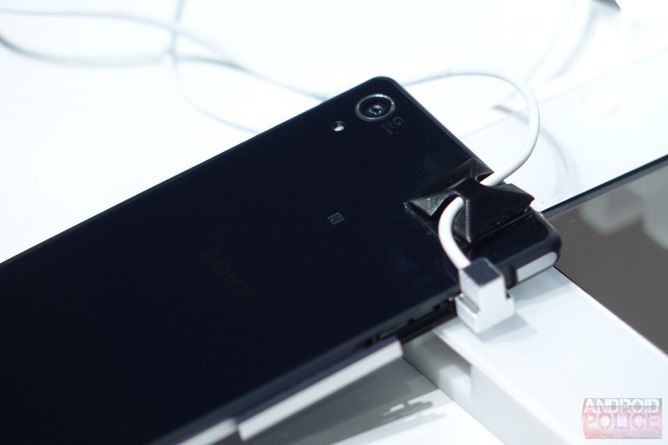 That quibble aside, the Z2 is shaping up to be a seriously interesting contender in this spring's flagship smartphone season. The Galaxy S5 is already catching a fair bit of flak for its looks and build materials - areas where the Z2 comparatively excels - and many have been left scratching their heads as to what Samsung's new killer feature really is this time around. Granted, without taking a good, long time with both of these devices, it's hard to know which I'd prefer. And then you've got whatever HTC is cooking up for next month.

Regardless, I think the Z2 is easily the most competitive phone Sony's built to date, though here in the US that may not matter. Sony and carriers (aside from T-Mobile) have rarely see eye to eye, so only a small sliver of American consumers may ever heard about the Z2 at all. That's definitely a bit of a shame, as the Z2 really does tick a lot of the enthusiast boxes - right down to the microSD card. 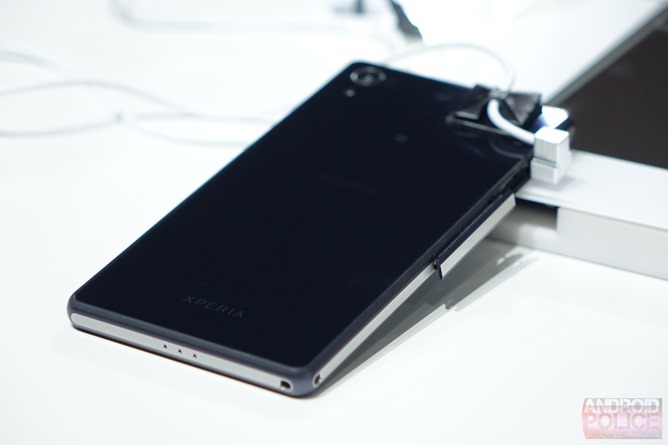 The Z2 launches in select markets in April, with pricing varying by region.