Shots fired! Shortly after the announcement of Samsung's Galaxy S5, HTC tweeted a message for Samsung fans that cockily hinted, of course, at the upcoming next-gen One refresh, scheduled for March 25: 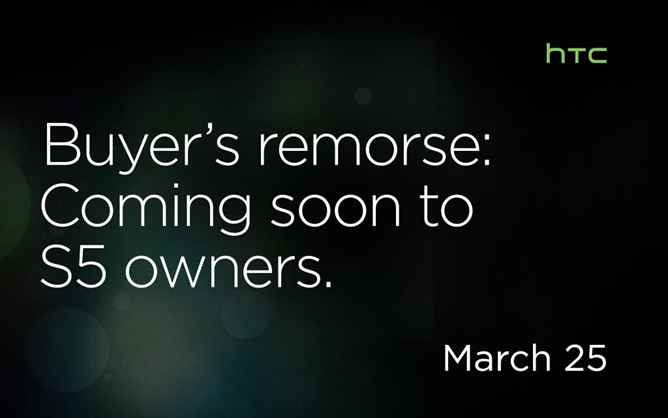 Buyer's remorse, coming soon to S5 owners on March 25th (the day the next One will be announced). Except for the part where the S5 won't actually be out until April, which invalidates the logic of the whole message. Nice try though, HTC. Definitely keep trying, you'll get it right next time (I'm serious, we do enjoy the jabs).

WhatsApp To Gain Support For Voice Calls Later This Year